Arizona shop owner knows he can’t predict the future. But that doesn’t mean he’s not training for it. 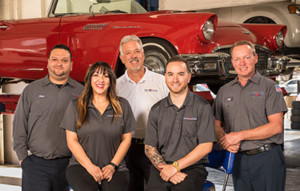 Fred Hules II, AAM, newly elected general director of the Automotive Service Association (ASA) and owner of Tech 1 Auto in Peoria, Ariz., believes success rests on shop owners’ ability to prepare for their industry’s future. And that this is one of the hardest parts of the job.

“The biggest challenge we face as business owners is the rapid advancement of technology in today’s vehicles. Staying current with training and tooling so that we are efficient in servicing these vehicles is crucial to being successful,” says Hules. “Owners have to be observant. For example, we have to see that we have growing challenges in the retail side of our industry as well. Like the big-box retailers vs. online retailers, and now even Amazon is getting into the car parts industry. We have to keep our eyes on it and figure out how to stay ahead of it.”

During his 39-year career, Hules has always tried to look ahead for his business. That started when he opened a small, one-person repair shop in a 1,700-square-foot warehouse 14 years ago.

“I always joke that it felt like I started working out of the back of a pick-up. I started by myself. I did everything. But I was pretty well grounded in operating an auto service business because before opening my shop, I was general manager for an Exxon operation that had two stations. So I kind of knew what I was in for,” Hules says. “I had no idea where we were heading at the time. But I knew that we could be successful if I thought things through. Things have changed quite a lot since then.”

As Tech 1 Auto grew, Hules moved to a 4,100-square-foot location in the Phoenix suburbs where his four staffers stay steadily busy serving about 160 customers per month. 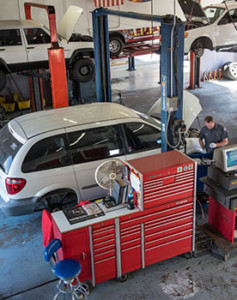 The majority of his non-management time is spent staying current on changing technology and ensuring that his shop has the proper tools and his staff has the proper training. He demonstrates his belief in the importance of training by obtaining professional certifications that mark his business as one that customers can have total confidence in.

Hules is a Certified ASE Service Adviser and Certified ASE Master Auto Technician. In 2015, he was named NAPA/ASE Technician of the Year for Arizona. The Peoria Chamber of Commerce named his company Peoria Small Business of the Year 2015. He also has been the host of a weekly radio show for several years and has spent a decade teaching auto mechanics at a local community college.

As he looks ahead, Hules is mindful of the value of working on his business, not just in his business. “The most important thing is to get management training,” he says. “I was a technician who became a manager, and I needed training on how to be a shop owner. And because of my membership in ASA, I was able to get the needed training to run my business.”

Equally as important as training is to Hules, the networking he’s done as an ASA member means a lot. “I joined because it was important for me to be involved with other shop owners that face the same challenges that I do,” he says. “We have some very successful shop owners who are members, and it’s great to bounce ideas off of one another.”

Often, those ideas aren’t just about new technology or maintaining and repairing his customer’s vehicles. He also networks with his peers about keeping up with the changing needs of modern consumers. “I stay in contact with my customers,” he says, “with follow-up communications, both written and phone calls, as well as on social media and with direct mail.”

He also has gotten a peek into the future in a most unlikely way: watching his friends’ children interact with automobiles.

“I really don’t know what to make of the new generation of drivers,” he says. “Lots of kids I know are not even interested in being involved with cars. They aren’t even thinking of driving cars. It doesn’t seem to be high on their list. That may not affect our area [Phoenix] quite as much as some of the eastern metropolitan areas like Chicago, New York, Philadelphia, where driving and getting parking spaces are more severe. But you have to wonder what impact it will have on the number of customers in the future.”

And as he looks further into Tech 1 Auto’s future, he wonders “what’s next for the business and what’s Tech 1 Auto going to look like when I’m not involved? You have to start preparing now for what may eventually happen. Nobody knows for sure, but one has to think about it.”

NAME OF SHOP: Tech 1 Auto
LOCATION: Peoria, Ariz.
Square footage of business: 4,100
years in business: 14
NUMBER OF EMPLOYEES: 5
NUMBER OF REPAIRS WEEKLY: 40
WEBSITE: www.tech1auto.com
WHY TECH 1 AUTO IS A MEMBER OF ASA: “I was a technician who became a manager, and I needed training on how to be a business owner. Because of my membership in ASA, I was able to get the needed training to run my business. Almost as equally important as training is the networking that I’ve been able to do as a result of being a member in ASA. We have some very successful shop owners who are members. It is great to bounce ideas off of one another.”