Our shop specializes in diagnostics. The only advertising we do consists of looking for vehicles that have been difficult for others to fix. As a result, we see our fair share of work that comes from the do-it-yourself (DIY) sector. 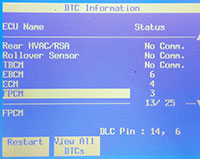 Figure 1: Our module scan told us that the FPCM was mysteriously back online after the truck had been pushed to a different part of the shop, an indication that we were probably dealing with a loose connection somewhere.

Working on DIY problem vehicles comes with its own set of challenges, but we find our approach usually makes quick work of the basket cases that show up on our doorstep. Often, a DIY job gone wrong will show up with parts dangling, broken and not fully installed because the DIY’er essentially gave up at some point midway through the process, a distinction from work we receive from most professional sources. Usually, if another shop sends us work, it’s after they’ve confirmed an attempt at repair.

If you’re going to take on DIY basket-case jobs, make sure you charge for your time to reinstall components that have been taken apart. There’s no reason to reassemble for free. In my experience, most DIY folks are easy sells – just happy that someone is willing to get them out of a jam. 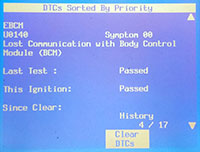 Figure 2: Codes in the FPCM indicated it had lost communication with the body control module. This indicated to us that the FPCM never lost power or ground itself, so we were going to be chasing a CAN bus issue.

A few months back, I received a distress message from an old friend I had grown up with. He was trying to fix his personal truck and struggling with it. Initially, he was looking for some theory of operation about how the fuel pump and fuel pump control module (FPCM) worked on his 2009 Silverado. He thought he had a bad fuel pump, so he replaced it. But the truck still didn’t start. I gave him some advice on testing, but he was pretty limited in what he could do because of the lack of a decent scan tool.

After he spent a few weeks attempting to fix it, my friend threw up the white flag and asked if he could schedule it with us. He was pretty sure, at minimum, the truck would need the new FPCM, which he had installed, programmed. I put him on the schedule, and a week and a half later it was towed up to the shop to get checked out. We had agreed up front that we would attempt to program the FPCM as Step 1, but if that didn’t get results, we’d need to do testing. He authorized us to proceed.

Figure 3: A complex 47 cavity connector. Imagine our surprise to discover that they make both a left and a right version of this connector housing.

When it arrived, we found it was a 2WD 5.3L truck with about 99,000 miles on the odometer. Our initial check showed the battery was disconnected and stone-cold dead. The battery didn’t look too old, so we opted to charge it for 24 hours and retest it. The next day, when the battery was charged, we hooked it up to the truck and found the flasher/hazard lamps were toggling.

Now that we had good system voltage, we hooked up our Global Diagnostic System (GDS) to see if the new fuel injection pump control module would program. After several attempts, we couldn’t get the module online to get programmed. I subsequently hooked up the Tech2 and could not communicate with the FPCM. At this point, we knew the issue was going to need actual testing, so we moved the truck to a bay with a lift. 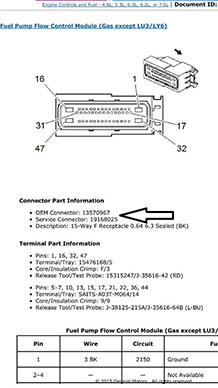 Figure 4: It was not listed in the connector view online, so we emailed ALLDATA, and they promptly sent us an updated connector view complete with a service part number.

We performed a module scan using the Tech2 so that we could get a baseline for what modules were reporting, in hopes of comparing that information with our bus schematic for some sort of commonality. We found 17 codes spread over seven modules, with a host of communication codes. To our surprise, the FPCM was now communicating.

Because we had communication, and the FPCM indicated that it was not programmed, we opted to program the FPCM as Step 1. On completion, the engine promptly started, but on a subsequent road test, the engine control module (ECM) went into reduced-power mode.

In this case, we determined that a handful of modules were intermittently not talking on the high-speed control area network (CAN) bus. When dealing with an intermittent loss of communication, we try to figure out how to duplicate the issue. Once the issue can be duplicated on command, it’s no longer intermittent and easier to diagnose.

Knowing the attempted repair history, we started with a visual inspection of what had been done recently. We found the brake control module not properly plugged in and physically damaged with a wire tie holding it in place – kind of, but not really. Removing and inspecting the connector showed the connector at the FPCM was cracked and would no longer install 100 percent into the cavity. By wiggling the connector, we could get the modules on that bus to lose communication and gain back communication. A pin-drag test showed that the powers, grounds and bus pins were healthy.

Slam dunk! Let’s put a connector housing on this harness and call it a day.

A quick phone call to our local General Motors Co. dealer found that the connector was readily available. We priced out and sold the job, then, once authorized, we ordered the part. The connector showed up, and at first glance looked correct. But when comparing it carefully with the connector on the truck, we discovered it was a mirror image.
On making a subsequent call to our trusty dealer, we learned that the connector we needed was unavailable, unless we bought the entire harness. I decided to do a little research before reselling the job as a harness replacement. Research included posting a question on a private Facebook forum, where a few hundred other techs hang out, asking if anyone had a source for identifying connectors.

Matt Ragsdale, of Casper, Wyo., a top-notch, well-known technical expert, replied that there is a service number embedded in the OEM connector view that my GM parts guy could use to order the correct connector. I guessed that GM uses this format to help ensure the technician is involved in identifying the needed connector before ordering. Even if I was wrong, it was an absolutely brilliant way to do it. 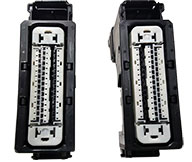 Matt explained that the aftermarket information systems are likely using a non-updated wire diagram, and he suggested I contact my provider and request a new diagram that included a service number or use the factory GM service information. He even went above and beyond, supplying a correct phone number that saved me from having to look it up. But even with the number in hand, my curiosity kicked in, and I set out to find the information myself.

The correct connector arrived and fit like a glove. After we installed it, the truck ran fantastic, and we delivered it to the customer that same day.

On jobs like this one, it’s important to follow your established processes and not get overwhelmed by the sheer number of codes. In our case, it revealed a training deficiency existed on our part: not knowing about service numbers in the connector view. Hopefully, this tip will save you from someday having to install a whole harness.