Now that more collision repair shops have experience with automotive manufacturers’ certification programs, it’s common to hear comments of concern from shop owners about their return on investment (ROI). 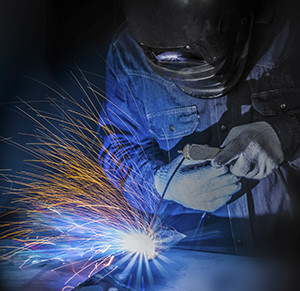 Certification programs got their start more than a dozen years ago when initially high-end vehicle makers began requiring that shops use specific parts and methods they believed were necessary to restore vehicle safety and quality.

Automakers said they were trying to protect their brand by ensuring that customers had a positive post-collision experience. And in recent years, the number of OEM certifications has grown dramatically because vehicles have become increasingly more complex.

For shops, earning OEM certification can have a distinct benefit. Because some automakers limit the sale of certain structural replacement parts to certified shops only, it can be a way to differentiate and market their services.

As the number of programs have expanded, though, more shops have taken on multiple certifications for each brand of automobile they repair and each certification program can come with its own set of facility, equipment and training requirements. For example, each program might require a different brand of welder or rivet gun.

So shop owners must now determine if they can expect to see a reasonable return on the money they’ll spend to meet the costs associated with multiple programs, either through setting a higher labor rate or by attracting new customers.

Some shop owners, such as Pat Johnson of Brothers Body & Paint Inc. in Martinsville, Ind., haven’t yet achieved the ROI they’d expected. “I don’t feel it’s doing me much good,” Johnson says. “I have about $70,000 invested, between buying the welder, the curtains and the jigs. At least right now, I don’t see it making a difference unless the [car] manufacturer stops selling certain parts [to non-certified shops].”

Others, like Bill Eveland of Eveland Bros. Collision Repair in Shawnee Mission, Kan., have a more positive take on the programs. Eveland says that getting access to OEM training is one of the key benefits of the seven automaker certifications his business has earned (training costs are included in some of the programs’ certification fees, but is extra in others). 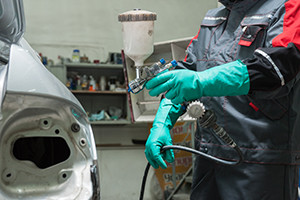 Still, Eveland points out that the training also can mean added costs that shops might not initially consider. For instance, each time Eveland sends a technician to California for the two-week training that Tesla requires, he’s also paying the tech’s salary and travel expenses while the tech’s not working on vehicles in his shop.

David Ludwig, of Prestige Auto Body in Manchester, N.H., agrees. Though he appreciates that Mercedes-Benz limits the sales of some structural parts only to shops like his with Mercedes certification, he can’t justify spending the $8,000 it would take to send a technician to Texas for Mercedes’ welding recertification every six months.

“Another of our programs requires recertification every two years,” Ludwig says, “and that makes more sense to me.” In fact, both Eveland and Ludwig chose a Tier II level of certification with Mercedes, which doesn’t require them to be without a tech for four days every six months like a Tier I level.

Still, Ludwig remains concerned about the expense of buying duplicate equipment to meet different manufacturers’ requirements. “I have a $16,000 German-made rivet gun that I think is superior to all the others I’ve seen,” he says. “I should be able to do all rivets, and qualify for all the certifications, with that one rivet gun. But I’ve had to buy different ones to qualify for the other programs. It’s a huge redundancy that adds to the cost [of doing business].”

Auto manufacturer representatives have said they’re sympathetic to the costs that specific equipment requirements can add to shops seeking multiple OEM certifications. Some are even trying to synch up their requirements with other automakers’ or to provide a specification-only list of equipment that would allow a repair shop to choose whichever tools meet the requirements.
Collision Chart
Some, like Mark Allen, a collision programs and workshop equipment specialist at Audi of America, insist there’s a reason automakers stick with specific tool and equipment requirements for their certified shops.

“We crash-test our [completed] repair procedures with those tools and that equipment, including the adhesives and rivets, so that we know there’s a repeatable outcome,” Allen says. “We specify what we know works and has been validated in those crash tests. That’s not to say we don’t want to build bridges [with other automakers’ programs], but we know what works. We will not suggest what doesn’t work or what we haven’t tested.”

Rick Miller, who oversees the shop certification program for Jaguar Land Rover, says his company allows certified shops to use any welder that meets certain specifications, but does require using a specific riveter. However, he points out that the company has been requiring the same riveter for 13 years, which does help their certified shops recoup their investment.

Miller also says that he’s talked to colleagues at his company in the U.K. and has been told that other rivet-gun makers “are not pounding our doors down to get approval.”

Automakers are aware of the costs involved for shops to send technicians to an OEM facility for training or testing. “That’s why we’re working really hard to make sure that when you’re sending your people, it’s for information that is best learned in our shop, using hands-on learning,” says Eric Mendoza, collision repair and refinish training assistant manager for Toyota Motor Sales U.S.A. “We want the value of sending your guys to far outweigh the cost.”

A recent industry survey found that most collision repairers are somewhat satisfied about the prospects for a return on their investment in OEM aluminum repair certification.

Of 244 aluminum-certified shops that responded to the question on a “Who Pays for What?” survey this past fall, 13 percent said they felt “great” about what they see as “clearly a smart investment.” But 4 percent said they wished they hadn’t bothered, “at least when we did.”

The bulk of those who completed the survey chose responses somewhere in between. One-in-four, for example, said they were feeling “OK” about OEM aluminum certification but had some “concern about recouping the investment.” About 15 percent said they were “starting to see some return.” And the largest group of respondents, 44 percent, said they “believe it will eventually pay for itself.”

Find complete results of the survey by Collision Advice and CRASH at CrashNetwork.com/collisionadvice.

It’s important to note that the majority of certified shops seem cautiously upbeat about recouping their investment in certification (see sidebar). And despite their concerns about the programs’ potential effects on their bottom line, Johnson, Eveland and Ludwig admit they’re not jumping ship.

“I honestly think it will pay off in the long-run, even if maybe not in the short-run,” Johnson says. He’s in the process of adding certifications from Honda, Audi and Volkswagen. However, his ROI on Ford certification is still lagging behind. “There are just not that many [aluminum] Ford trucks yet. But there will be. Our area is rural, and there are more trucks and SUVs in our county than there are cars. So sooner or later, I’ll get that investment back.”

Eveland also says that he appreciates more manufacturers synching up their equipment mandates with other OEMs or offering more options that meet the programs’ equipment requirements. “That helps,” he says.

But Ludwig wants to see more states follow Rhode Island’s lead in requiring insurers to determine a second labor rate for shops meeting the higher level of training and equipment shop certification requires. And though he’d prefer a faster rate-of-return on his investment, he’s bullish on OEM certifications.

“I still strongly believe it’s the wave of the future,” he says.