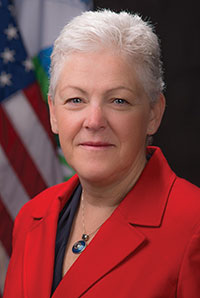 The U.S. Congress continues its oversight responsibility of the Obama Administration’s proposed update of air quality standards for ground-level ozone. The Clean Air Act requires the U.S. Environmental Protection Agency (EPA) to review the National Ambient Air Quality Standards (NAAQS) every five years. The House Energy and Commerce Committee has held multiple hearings on the proposed standards and recently the House Committee on Science, Space and Technology held a hearing with EPA Administrator Gina McCarthy as the key witness. 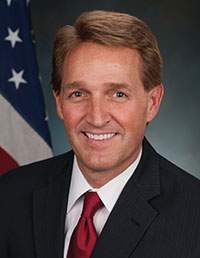 The EPA-proposed changes to the current 2008 standards include strengthening the ozone air quality standards. Issued Nov. 25, 2014, the proposed regulations would tighten the level of the ozone NAAQS from its current level of 75 parts per billion (ppb) to a level between 65 and 70 ppb. In addition, the EPA received comments on levels for the health standards as low as 60 ppb. McCarthy testified that the EPA would issue a final ruling by Oct. 1, 2015.

Ozone levels have dropped by a third since 1980. According to the EPA, levels declined 18 percent from 2000 to 2013. Ninety percent of areas designated as non-attainment for the 1997 ozone standard now meet that standard.

What was the EPA’s rationale for the new proposal? According to the EPA:

The latest House Science, Space and Technology Committee hearing focused on the EPA overreaching through its regulatory process – specifically that the ozone proposed regulation would cost up to $15 billion annually, according to the EPA impact analyses. The Committee also noted that stakeholder groups believe the EPA underestimated these costs. 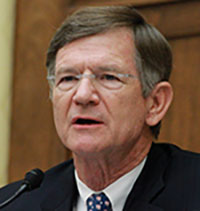 “EPA also seeks to impose stricter ozone standards. Once again, this comes with few benefits. In fact, EPA’s own figures show that since 1980, ozone levels have decreased by 33 percent. And today’s air quality will continue to improve with the expected development of practical new technologies. Last week, the Supreme Court issued a ruling that is an important step toward reining in the extreme actions of the EPA. It ruled that the EPA must consider the costs of its decisions and weigh those costs against any potential benefits. For two years, the Committee requested the voluntary production of the data EPA uses to justify Clean Air Act regulations. The EPA’s refusal to provide the data led the Science Committee to issue its first subpoena in 21 years to retrieve that information.”

McCarthy testified about her reasons for signing off on the proposed ozone standard:

“Based on the law, a thorough review of the science, the recommendations of the agency’s independent scientific advisers and the assessment of EPA scientists and technical experts, my judgment was that the current standard of 75 parts per billion is not adequate to protect the public health. In November 2014, the EPA proposed to strengthen the standard to within a range of 65 to 70 parts per billion to better protect Americans’ health and welfare. We invited comments on all aspects of the proposal, including on alternative levels as low as 60 parts per billion, and acknowledged interest among some stakeholders in offering comment on retaining the existing standard. The Agency is currently reviewing the comments we received, and we will issue a final rule by Oct. 1, 2015.”

The Automotive Service Association (ASA) has held meetings with the EPA at its National Vehicle and Fuel Emissions Laboratory in Ann Arbor, Mich., and on Capitol Hill regarding the proposed new standard. In addition, ASA has discussed the proposal with state air quality representatives concerning the impact these new standards could have on state implementation plans and vehicle emissions and inspection programs. The keynote speaker at ASA’s NACE | CARS Service Repair Leadership Forum, Nick Positano, discussed the future of emissions Inspection and Maintenance Programs (I/M) and the impact this new ozone standard could have on I/M programs.