For Kinney’s Automotive, it’s not all about where they are but about what they are. 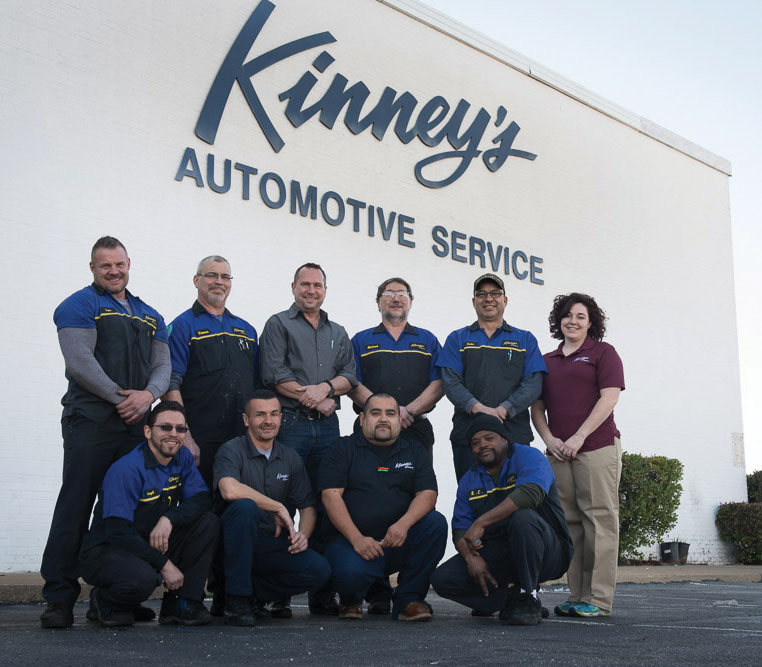 There are plenty of automotive repair shops in the Dallas-Fort Worth area, but maybe none better known or more respected than Kinney’s Automotive Service. Located in Hurst, midway between Dallas and Fort Worth in the area known locally as the Mid-Cities, the shop’s immediate surroundings don’t seem to offer the demographics to support a quality shop like Kinney’s. But the area turns out to be a real plus for Kinney’s. 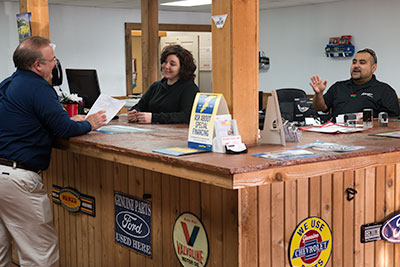 “Many of the people in the area can’t really afford to bring their cars here,” explains Joe Jurosek, Kinney’s general manager. “They take their vehicles to the cheapest places they can find, and I understand that. Not that we’re expensive. Our prices are competitive. But many of the nearby residents just can’t afford us.”

Kinney’s facility anchors an aging shopping center that’s seen better days. In fact, the building Kinney’s occupies started out as a department store. But what, on the surface, seems to be a bad location is really a good one because it’s smack dab in the center of the DFW metroplex. And thanks to its strong reputation, Kinney’s draws customers from all across North-Central Texas, including Fort Worth and Dallas, as well as Arlington, Bedford, Hurst, Euless, Richland Hills, North Richland Hills, Colleyville, Grapevine and Irving. 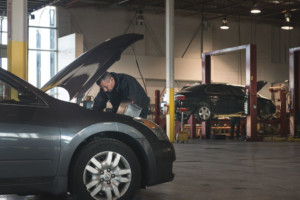 Another plus for Kinney’s, says Joe, is that it’s a member of a family of automotive service and repair businesses called Car Concepts Inc., a chain that oversees eight facilities in the area. Besides Kinney’s, Car Concepts owns Rick’s Car Care Center No. 1 and Rick’s Car Care Center No. 2 in Irving, Downtown Garage in Fort Worth, Oppel Tire &anp; Service in Cleburne (about 53 miles south of the metroplex), Blagg Tire & Service in Grapevine and Jordan’s Car Care Centers in the Dallas suburbs of Mesquite and Rowlett.

“The benefit of having seven sister shops is that we can sublet when we’re overbooked,” Joe explains. “Or in some cases, when one of our shops needs help with a certain vehicle, they can take it to the nearest shop with the most expertise and/or best equipment.” 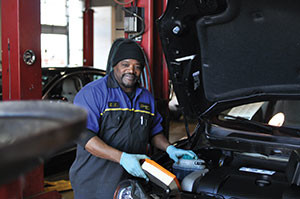 According to Joe, group buying also gives Kinney’s leverage on pricing and service. “Our sister store in Grapevine, Blagg Tire, does an exceptional amount of tire and commercial business,” he says. “That places the stores on a good pricing level with all the major tire manufacturers and allows them to serve as a multi-brand tire dealer. Incidentally, that’s one of our goals here at Kinney’s – increase our tire sales.”

Another advantage Kinney’s enjoys is operating out of a large building that provides the shop with 26,000 square feet of floor space. “We can take in a lot of work at the same time, and customers don’t have to worry about their car being left outside overnight,” Joe says. “There’s plenty of room, even if we’re working on 20 cars. And when we have a lot of vehicles inside, there’s aisle space that’s two cars wide for driving vehicles in and out.” 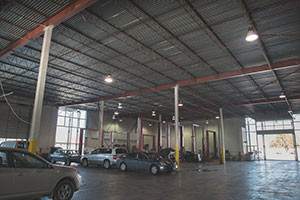 Another advantage of such a large facility, says Joe, is that its workspace offers 17 lifts. Smaller shops with fewer lifts often have to shuttle cars in and out to accommodate work that’s taking place. Further, the building’s high ceiling enables Kinney’s mechanics to work on large vehicles, including large motor homes, box trucks and up to F750s.

Kinney’s also does a lot of fleet business. For example, nearby Bell Helicopter, a Textron Company, brings its vehicles there for service and repair. Kinney’s also does a significant amount of work for Novak Motorcars, which gets its returned lease cars checked out and certified by Kinney’s to sell as used cars.

Add up all those advantages – the building, the location and the fact that Kinney’s operates under the Car Concepts umbrella – and it’s no wonder that business is good at Kinney’s. But Joe says the shop’s biggest asset is its staff. “Our employees are No. 1,” he says. “They’re the best. They’re the reason for our success.”

Joe adds that what he enjoys most about his job is coaching employees and seeing them reach their full potential. But he also likes listening to customers express their gratitude for the shop’s caring and competent staff. Not surprising, then, that among the many benefits Kinney’s offers its employees is an Employee Stock Ownership Plan. “Employees having ownership is a great motivator,” says Joe.

What’s ahead for Kinney’s Automotive Service?
“Keep on growing our business,” Joe says.

Name of Shop: Kinney’s Automotive Service
Location: Hurst, Texas
Square Footage of Shop: 26,000 square feet
Number of Employees: 12
Number of Repairs Weekly: More than 100
Website Address: www.kinneysauto.com
Why Impactg Auto Body Is a Member of ASA: “We appreciate that ASA alerts us when legislation might impact our business and looks after our interests in the automotive service and repair industry.” – Joe Jurosek

Ricky Stephenson, who started a small automotive repair business in the early 1980s, acquired Kinney’s Automotive in 2001. Following the acquisition, Stephenson and his associates formed Car Concepts Inc. and began acquiring additional automotive service and repair facilities. The company now owns eight shops that employ 85 people in the Dallas-Fort Worth area, all staffed with ASE-certified technicians and members of ASA, and AAA approved. Stephenson serves as Car Concepts CEO, Perry Leonard as president and COO and Jack Pfeffer as CFO. 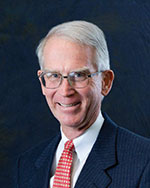 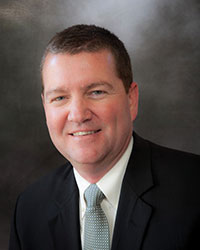 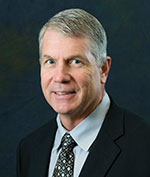