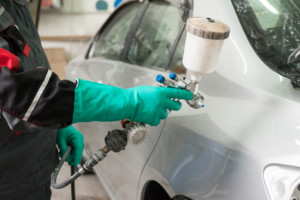 Is your shop in a great state for a collision repair business?

The question may at first seem a bit unnecessary.

Few shop owners would move their company across state lines – let alone across the country – based on factors that may make the business climate in one location potentially a bit better.

The growing number of multi-shop collision repair operations is increasing the pool of business owners adding locations outside their home state.

Franchises, banner organizations, automakers, insurers and 20 groups often compare shops’ performance among multiple states – comparisons that could be influenced by factors that vary by market.

And looking at conditions in your state versus another can provide insights to help you make the best business decisions for your company.

AutoInc offers this look at six factors that could be considered when grading states in terms of how each ranks for the collision repair business.

A business boost from deer hits? 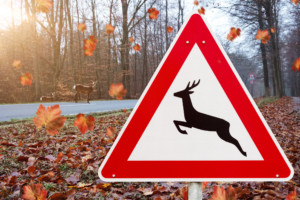 Deer-vehicle collisions are big business in many states. State Farm estimates that in a recent 12-month period, there were about 1.33 million collisions between a vehicle and a deer, elk, moose or caribou. If just 75 percent of those collisions resulted in a $4,000 vehicle repair, that’s nearly $4 billion in work for body shops.

That may come as a bit of a surprise to collision shop owners in California, Nevada, Arizona, Hawaii or Florida, where State Farm estimates that a drivers’ chance of hitting a deer are less than 1 in 831. (The national average is 1 in 167.) But those odds increase – or improve, if your shop benefit from such collisions – to at least 1 in 77 in West Virginia, Montana, Pennsylvania, Wisconsin, Iowa, South Dakota and Minnesota, according to State Farm.

Are local drivers the ‘best’ or the ‘worst?’ 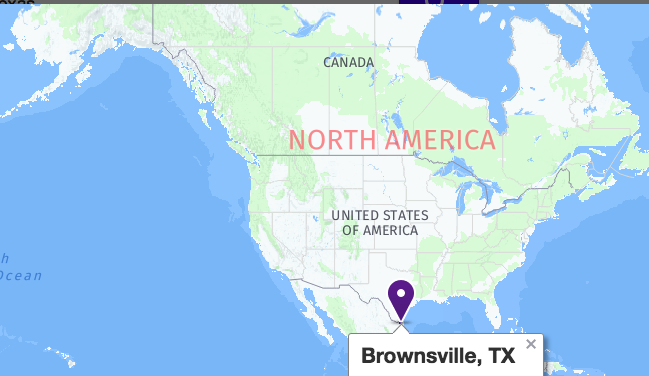 Like State Farm, Allstate offers an annual analysis that offer some insights into more “accident-prone” markets that may signal some better states for collision repairers. Its “Best Drivers Report” ranks U.S. cites by how long drivers there typically go in between accidents. Residents in Brownsville, Texas, and Kansas City, Kan., for example, average more than 13 years in between claims, while at the other end of the ranking, drivers on average file a claim once every four years in Boston and Baltimore, Md.

To extrapolate this out to state-by-state rankings, we looked at how many markets each state has in which drivers go less than 10 years (the national average) between accidents. Perhaps not surprisingly, the states with the most such markets tend to be large population centers like California, Florida and Texas. But even some states with populations outside the Top 10, like Arizona, Tennessee and Washington, have five such markets, boosting these states’ grades. 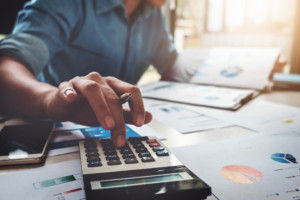 With the April 15 tax deadline approaching, certainly a state’s tax climate can have an impact on businesses within that state. The Tax Foundation conducts an annual ranking of states based on how well each structures its tax system. Every state levies property taxes and unemployment insurance taxes, for example, but some states rank higher because they have no sales tax (Montana, New Hampshire and Oregon) or no corporate or individual income tax (Wyoming, Nevada and South Dakota). The Foundation says other states that have all these taxes, like Indiana and Utah, still rank high because these taxes have low rates on broad basis.

The states that rank low on the Foundation’s list, like New Jersey and Arkansas, do so because they are seen as having “complex, non-neutral taxes with comparatively high rates.”

How far out are shops booked? 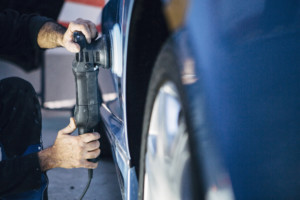 Collision Advice and CRASH Network track on a quarterly basis the backlog of work that shops report having. A strong backlog of work is obviously an indication of a good market for collision repairers. Using this factor for comparison, shops in New England, the Northeast and Mountain regions reported the largest backlogs in the fourth quarter of 2018. Shops in Montana, Wyoming, Colorado and Utah were, on average, scheduling work out about 2.3 weeks (compared to a national average of 1.65 weeks), while those in Maine, Vermont, New Hampshire, Massachusetts, Rhode Island and Connecticut reported backlogs averaging 2.4 weeks.

How old are vehicles in the state? 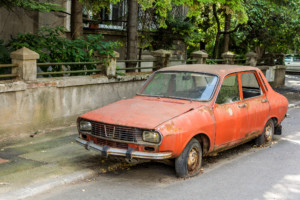 Older vehicles are more likely to be declared total losses, so a younger vehicle population in a state is good news for shops there. IHS Automotive reports that the average vehicle age in the United States is about 11.6 years of age. But on a state-by-state basis, that average ranges from a low of 9.6 years in Massachusetts to a high of 15.4 years in Montana. Other states with an older vehicle population include Idaho (14.4 years), Oregon (13.7 years), Washington (13.6 years), Wyoming (13.6 years) and Alaska (13.5 years).

Along with Massachusetts, the states with vehicle populations averaging under 10 years are Vermont, Oklahoma and New Hampshire. 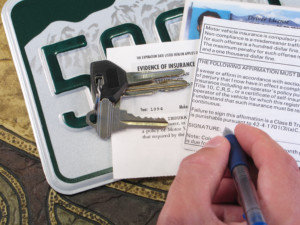 Insured vehicles are more likely to be repaired after an accident. So higher rates of uninsured drivers in a state could make doing business in that state somewhat less attractive for collision repairers.

The Insurance Research Council estimates that about one-in-eight drivers on the roads in the United States is uninsured. But, again, the rates vary widely by state. Only 4.5 percent of Maine drivers are uninsured, according to the Council’s report, compared to a whopping 26.7 percent in Florida.

How does it all add up? 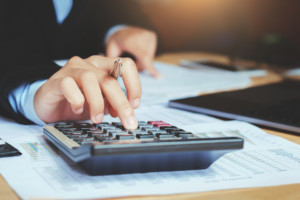 AutoInc. developed a weighted scoring for each of these factors to give each state a single grade.

By that measure, shops may face the toughest conditions in Mississippi, Alabama, New Jersey and Arkansas. The vehicle populations in those states tend to be older, with an above-average percentage of motorists driving without insurance. The tax climate in each state, particularly in New Jersey and Arkansas, are among the worst. Drivers in Mississippi and Alabama are less likely than those in many other states to suffer a deer collision, and Mississippi and Arkansas each have only one market in which Allstate sees drivers going less than 10 years between claims. Mississippi, Alabama and Arkansas are in regions where shops are enjoying less of a backlog of work than shops in other parts of the country.

Conversely, the states with the highest grades tend to have one or more of the six factors working in favor of shops there. New Hampshire drivers tend to have more insured drivers and younger vehicles. Texas has 19 markets in which Allstate sees drivers going less than 10 years between claims, and Florida has 11. Wyoming’s vehicle population is among the oldest, but its uninsured motorist population is low, deer hits are quite common, and its tax climate is considered tops in the country. Shops there are among those with the largest backlogs of work in the country.

Favorable tax climates and a relatively high percentage of insured drivers also buoyed the overall grades of South Dakota, Montana, Utah and North Carolina. Deer-hits are particularly common in South Dakota and Montana, while North Carolina has five markets in which Allstate sees drivers going less than 10 years between claims. 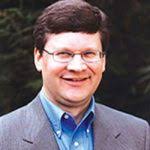 John Yoswick, a Portland, Oregon-based freelance writer who has been writing about the automotive industry since 1988, is also the editor of the weekly CRASH Network (www.CrashNetwork.com). He can be contacted by email at john@CrashNetwork.com.