How does the 2009 RL Acura compare to the 2020 Acura RLX in terms of serviceability? The last time we reviewed this Acura was model year (M/Y) 2009. A lot can change in a decade. 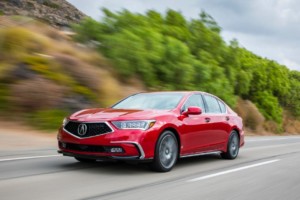 It has been 16 years since I was asked to speak for you, the automotive technician, in AutoInc. The purpose of these articles is to have a dialogue in terms of a technician’s point-of-view when it comes to the design of cars and trucks and servicing their creations.

Most of the top car and truck companies that sell vehicles in the United States have had huge profits and great sales for about five years, but a downturn in sales is expected in 2020. American Honda Motor Co. Inc. (Acura) is a unique company.

Is Acura on your side?

I asked Mark, the lead hybrid tech at Ed Napleton Acura in Elmhurst, Ill., what he thought of the new Acura RLX compared to the RL of years ago. His viewpoint is both cars are well designed for service. The RLX is not sold in large numbers, under 2,000 per year. Mark had recently attended Acura Training on the RLX and the NSX, and he had nothing bad to say, although he does not work on very many.

I also visited the local dealership near my automotive hybrid/EV training center in Worcester, Mass.  Alex Morrill, a very knowledgeable salesman at Acura of Auburn, helped me and his take was very positive as one would assume. Alex allowed me some time with a new 2020 RLX for me to evaluate.

Along with the help of these good people and my own research, here is what I found:

For young techs, the Acura brand was launched in the fall of 1985. It was the first luxury brand from a Japanese company. The Acura Legend was the flagship. For just under $20,000, you could buy a six-cylinder automobile from Honda.

What happened along the way was the Legend was renamed the “RL” in M/Y 1996 and the RL gave way to the RLX in model year 2014. It is still a V6, four-door sedan with high-tech features.

As Acura moved their top end luxury car into a high price bracket and Lexus got into the market in the early 90s, sales declined and have been low for some time. You will not see a lot of Acura RLX vehicles in your service bay unless you work at a Honda dealership or specialty shop.

Let’s compare a 2009 RL to the new RLX 2019 model. Anytime you add a V configuration, access to spark plugs, injectors and other parts can become more difficult. 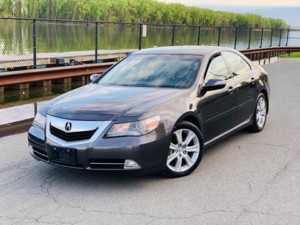 The new 3.7L delivered more power, increased torque, a more refined valve train and an overall package that was lighter than the V6 it replaced. Rated at 300 horsepower, the high-output 3.7L V6 was as powerful as some V8 engines back then. Compared to the old 3.5L V-6, the new 3.7L offers 9 percent more torque between idle and 3,000 rpm.

The 2009 RL came standard with a revised super handling all-wheel drive (SH-AWD). This system was unique in the sense that it was the first all-wheel drive system in the world to distribute the optimum amount of torque not only between the front and rear wheels, but also between the left and right rear wheels.

The system’s torque vectoring direct yaw control feature makes the cornering character of the RL exceptionally neutral when under power. The system enhances steering by sending available rear power to the outside wheel and rotating it slightly faster than the front wheels, propelling it through the turn. When accelerating through a hard corner, the inner and outer wheels can be driven side-to-side with more torque directed to the outside wheels, if needed. This feature was unique.

Priced new for $50,000, you will see this car in for service from time to time. Other than the recalls for Takata airbag issues (they were not made by Honda) this car had no recalls and few technical service bulletins (TSB).

It was a great car. 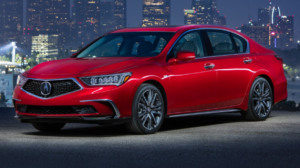 The RLX Hybrid is Acura’s largest premium luxury sedan today, complete with an advanced hybrid powertrain. The Sport Hybrid Package is the most advanced RLX. A significant redesign in 2018 helped Acura keep their sedan competitive.

The Acura Sport Hybrid system of the RLX combines a 3.5-liter V6 with three electric motors (a single electric motor in front; two at the rear) for a total output of 377 horsepower and 341 lb-ft of torque. Sport Hybrid SH-AWD (Super Handling All-Wheel Drive) and a seven-speed DCT (Dual Clutch Transmission) are the only drivetrain and transmission options.

The unique hybrid system in the RLX competes with the BMW 5 Series, Mercedes-Benz E-Class, Audi A6, Infiniti Q70 and Lexus GS. The cost has increased to $62,000.

The RLX is slightly longer than the RL, at 198.1 inches, but it maintains a wheelbase of 112.2 inches. Width is 74.4 inches and height is 57.7 inches. The RLX Hybrid is longer than a BMW 5 Series, Mercedes-Benz E-Class, and Infiniti Q70. Curb weight for the Hybrid is 4,380 pounds, which is 403 pounds heavier than the gasoline-only model.

Of course, the Hybrid’s additional power helps to overcome this weight penalty.

Performance is excellent, the Hybrid managing 0-60 mph in 5.5 seconds. This is faster than the BMW 530e plug-in hybrid, which uses BMW’s xDrive all-wheel drive system.

The RLX Hybrid’s naturally-aspirated, 3.5-liter V6 produces 310 hp and 272 lb-ft of torque and uses an i-VTEC (intelligent variable valve timing) system. Add three electric motors (a single electric motor in front; two at the rear) and the combined output is 377 hp and 341 lb-ft.

Unlike the 2009 RL, this is a hybrid, so the handling is enhanced with the twin rear electric motors, one for each wheel. Torque vectoring is made possible, as each motor controls only one wheel. In this way positive or negative torque can enhance the handling.

As you corner the rear outside wheel is driven with its own high voltage electric motor (positive torque), while the inner rear wheel is a generator (negative torque) that slows that wheel for better handling in corners and recharges the li-ion battery pack.

The technology is very effective in helping the RLX maintain composure through twists and turns as it is a heavy car.

Things have improved over the last 10 years as there were few complaints and no safety recalls issued by the NHTSA for the 2019 RLX. No data yet on the 2020 RLX but it is the same car.

J.D. Power has rated the RLX as average for overall reliability, which is a half-star improvement on 2018’s model. This is a better rating than the Mercedes-Benz E-Class, but lower than that of the BMW 5 Series. The RLX is covered by a four-year/50,000 mile limited warranty and a six-year/70,000 limited warranty on the powertrain. If you work in a “green state” coverage of the high voltage battery pack and other parts in much longer.

Like any car, once you get used to the layout and know how to operate a scan tool for that make, servicing it can be some of the better work you are asked to do.

One passing thought: If your shop is located in a city of more than 100,000 people, do you really need to be a generalist? Would it make sense to pick three of four brands and specialize? What if you told each customer as they came in over the next two years that you are going to service only cars X, Y and Z and ask them to choose one of those makes in the future (if they don’t have that make now).

Would they do it so they could stay a customer of yours? And if they did, how would that affect your business