Second Time Around Paying Off for Missouri Shop 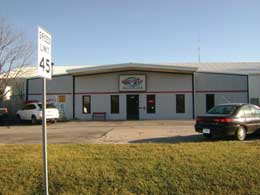 Shop owners thinking about adding a second location would do well to talk to James Copeland, AAM. He has just opened a second location, and he can tell you what it’s like. As they say, there’s no use reinventing the wheel.

James is the owner of Midwest Autoworx Inc. in Booneville, Mo., which for 25 years has been at the same location in Booneville. In 2012, he opened his second location, in Columbia, Mo. And since opening it, he has already had to expand it. 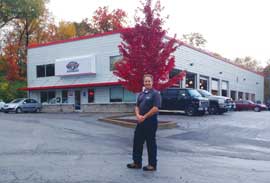 His advice for anyone thinking about a second location:

• It can be challenging, and the first step is to make sure your business model at your current location will run effectively and profitably without you being there.
• Duplicate the original business model and run both businesses with the same policies and procedures.
• Be financially secure. In James’ case, his first shop was paid off and he had money in the bank, so financing wasn’t that big of a problem. 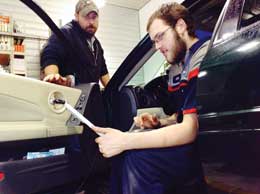 Finding qualified techs is one of the greatest challenge James faces as a business owner. That is why he is grateful for the quality techs he has on staff.

“I may have to train all my incoming techs until we are fully staffed, which will keep me working in the shop longer than I had hoped. I have had great success, though, recruiting a superstar service adviser – Ryan Sieckmann – who I am grooming to take over as the general manager of the Columbia store.

“I’m fortunate to have a good crew managing my Boonville location. My son-in-law, Richard Woodson, is the general manager. Danny Beach is the office manager and we have two loyal, ASE master technicians – Dwayne Lammers and Dave Keating. I couldn’t have opened Columbia without them because for the past 18 months I’ve spent most of my time at Columbia and left running the Boonville location to my good people there.” 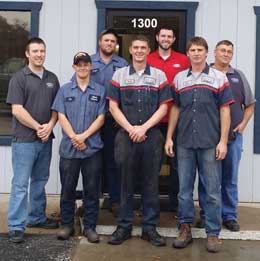 James also is quick to give a lot of credit to his wife, Shelley, who he describes as his life partner and his business partner. “I couldn’t run these operations without her and her support.”

She also supports his involvement in ASA and when the stress of work begins threatening his attitude, she reminds him of the things that are most important in life. “It’s family first,” says James. “Spending time with my family is very important to me, and my goal is to get my second location fully staffed and trained so that I can have more free time with my family.”

Boonville is a city in central Missouri with a population of 8,319 people. Columbia, just 25 miles away, is the largest city in the central part of the state. It also represents a bigger market than Boonville; it has 175,831 residents in its metropolitan area. 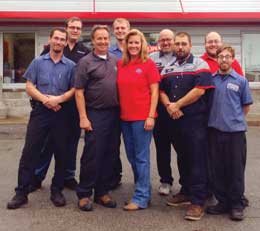 Columbia is in the midst of a construction boom and growing, and so is James’ second location.
He has already had to add a larger office and conference room and has increased the shop’s size from 4,000 square feet to 6,500 square feet.

James is an ASE master technician and an accredited automotive manager (AAM) graduate of the Automotive Management Institute.

In addition to meeting the demands of business, James finds time to be active in ASA. He was president of ASA-Missouri/Kansas in 2007-2008. Currently he is treasurer of ASA-Midwest (formerly ASA-Missouri/ Kansas). He has served as co-chairman since 2009 of the Vision Hi Tech Training & Expo presented annually by ASA-Midwest.

If he could change one thing about his business, says James, it would be to spend less time working in it and more time managing it.

One has the feeling that once he gets his shop’s second location rolling like it should, James can go back to being a manager. And, spending more time with his family.