Petitions must be completed as follows:

• A minimum of 250 signatures of ASA regular members in good standing are required per eligible candidate. Note: Only collision members may vote for the Collision Division Director. Any member may vote for General Director.
• Only one candidate can be designated per petition sheet.
• A petition sheet must include only one signature and the printed name of the member shop representative, as well as the member number, shop name, shop address and telephone number.
• Provided information must be as listed in the ASA database.

Return petitions with a letter stating how many signatures and petition sheets are enclosed. Petitions must be sent to the Automotive Service Association, 8209 Mid Cities Blvd., North Richland Hills, Texas 76182-4712, Attn: Elections. Petitions must be received no later than the close of business on Dec. 31, 2014.

The names of all candidates (that have 250 verifiable member names and information) will be placed on the voting ballot. The new board of directors will assume office after the ASA annual business meeting. 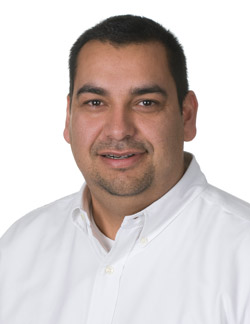 Scott Benavidez believes his service as assistant director of ASA’s Collision Division qualifies him for the position of director of the Division. Benavidez has served as assistant director of ASA’s Collision Division since 2012. He has served ASA in numerous other roles including president and vice president of ASA of Central New Mexico. He is ASE certified in collision estimating and structural and nonstructural repairs. He is also an ASE master technician. His business is an ASE Blue Seal shop. He has attended NACE since 1987 and ASA’s annual business meeting for five years.

“ASA has always been a part of our business. I believe strongly in the power of an association and what it can do for a business. It has been the experience of a lifetime serving on the Collision Division Operations Committee and getting to know members of the national organization’s board of directors. Learning how I can make my business better every day and the changes that together we can make as a group for our industry, is what this association is all about. We have done great things for ASA’s members and for the industry and I know that will continue. I would like to become the next Collision Division director and continue serving the association and our industry.” 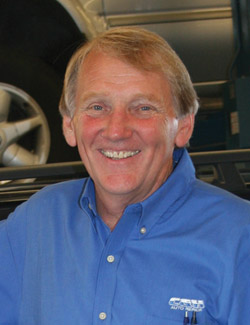 Ed Cushman, AAM, says ASA has been a large part of his business over the past 30 years. ASA is the one organization, he says, that its members could always count on to lead and assist in improving relationships with the motoring public as well as advance the education of its members and their employees. He says he would look forward to working with other national board members as general director. He has served on ASA’s Mechanical Division Operations Committee and as treasurer and chairman of the Automotive Manage­ment Institute (AMI). He has been honored by ASA many times, including being named “Member of the Year” in 1993. He has also served as chairman of the ASA-Northwest (formerly ASA-Washington) affiliate and has been active in ASA locally. Cushman believes his 38 years’ experience in business management, knowledge of ASA, people skills and willingness to face tough questions and come up with the best resolution for all concerned, makes him the ideal candidate for General Director.

“I am excited to see the commitment of current leadership and believe ASA is moving in a positive direction. I would look forward to investing my time and energy toward the betterment of the association that has contributed so much to my success in the automotive industry.” 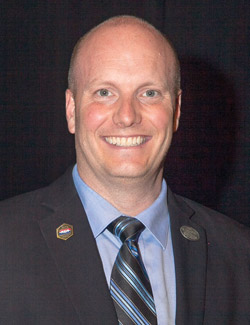 Daniel A. “Dan” Stander, AAM, believes his experience as director of ASA’s Collision Division qualifies him to continue serving ASA on its board of directors. He also points to his five years of service on the Collision Division Operations Committee. This time, though, he is a candidate for general director. On the state level, Stander has served as president of ASA-Colorado’s Collision Division and on the state organization’s board of directors. On the local level, Stander has served as president of its collision division and on the local organization’s board of directors. Stander has attended the International Autobody Congress & Exposition (NACE) every year since 2007. He has also attended four national conventions and six state conventions of the association.

“I believe my personality, my willingness to listen to ideas and opinions and my attitude are assets within my character that lend well to my ability to work and debate positively with people of the industry. My hands-on shop mechanical and collision estimating, management, customer, insurance and vendor experience keep me close to the pulse of the industry. I also believe my prior experience as a member of ASA-Colorado, ASA National and other national involvement has given me broad mechanical/collision association and industry knowledge. I will always do my best for the good of our industry. Thank you for your consideration.”