From his passion for learning to his commitment to share what he knows as a shop owner and technician, Steve represents the best of the best in our industry.

Hear all about it as Steve discusses the many ways he’s decided to give back to the automotive service industry, and his plans for doing that well into retirement.

It’s an exercise in excellence that can benefit us all. 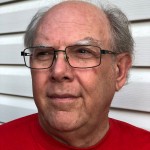 Listen in as Steve shares his thoughts and philosophy on such topics as: