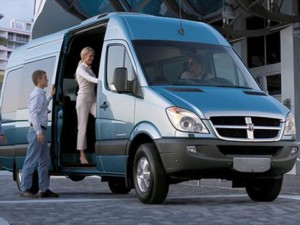 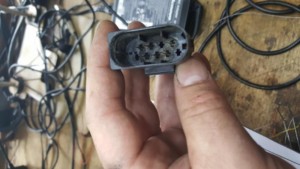 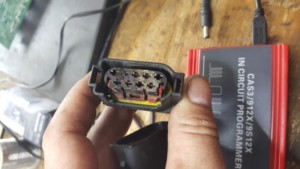 Details: After retrieving the DTCs, the technician checked power to the ignition fuses. He found that there was battery voltage on many of them, even with the ignition switch turned off. Next, he pulled one fuse at a time to determine if there was a “short-to-power” issue coming from another circuit. When he pulled the #8 or #24 fuse, the other fuses lost power.

After reviewing the schematic, he found that the only thing the two fuses had in common was connector C103, located next to the PCM. He inspected the connector and found both sides of the connector to be corroded and melted (see images).

Confirmed Repair: After replacing connector C103, the engine could then be shut down when the key was turned off. All DTCs were cleared and did not come back. Problem fixed!