Michigan Legislature Has a Mandate on Its Mind 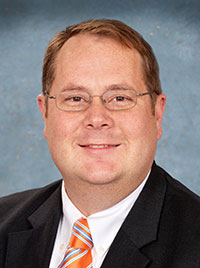 The Michigan legislature is back in session and has insurer-mandated parts procurement legislation on its agenda.

Michigan State Sen. Joe Hune, R-22, chairman of the Senate Insurance Committee, introduced Senate Bill 430 to amend the insurance code to prohibit insurers from requiring automotive repairers to use a specific vendor or process to procure parts and other materials. If enacted, this legislation would effectively end all such requirements in current direct-repair program agreements for Michigan shops.
S.B. 430 is now before the Committee on Insurance for further consideration. The Automotive Service Association (ASA) supports S.B. 430. ASA believes the legislation will benefit both consumers and automotive repairers in the state of Michigan. Approval of the bill would protect free-market competition among parts providers because shop owners would then be able to do business with the vendors they choose. This translates into better products and services for the consumer.

In December, Hune scheduled a hearing on S.B. 430, and ASA President Dan Risley appeared to testify. “Mandatory parts procurement programs began as a pilot program with a limited number of shops involved in one company’s direct repair programs (DRPs),” Risley said in his testimony.

“These parts programs have now spread across the country with one major insurance company. Our position on mandatory parts procurement systems is not about DRPs but rather about how an insurer can go too far in controlling a small business and its vendors.”

Ray Fisher, president of ASA-Michigan, also testified in support of the bill, noting that: “Between 70 percent and 74 percent of all collision repairs for major auto insurance carriers goes through a repair facility that is an agreement with a carrier commonly referred to as a direct repair provider. Senate Bill 430 does not interfere with these existing or future relationships.” 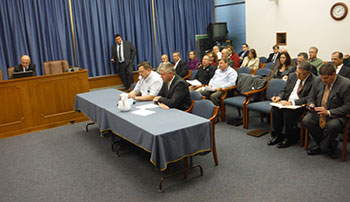 Discussion in the Senate Insurance Committee of the Michigan Legislature on Senate Bill 430 centers on amending the insurance code to prohibit insurers from requiring automotive repairers to use a specific vendor or process to procure parts.

ASA has argued in the Michigan legislature and in other states that these parts procurement mandates are harmful to shops. Auto repair shops have worked for many years to develop relationships with local automotive parts vendors. But insurer parts mandates eliminate this economically significant parts purchasing relationship.

Cost savings in automotive repair such as local delivery vs. overnight charges increase the cost of the repair. In addition, because the shop and new vendor have no previous business relationship, the delivery of the wrong parts is prevalent under the mandatory parts procurement system. In addition, mandatory parts procurement systems add administrative time to the claims process.

These mandates also are harmful to consumers. There are increased delays with a mandatory parts procurement system vs. local purchases. And the delays cause consumers to incur additional costs; i.e., additional car rental days, loss of transportation etc.

Often, the lower-price parts located by automated systems are of a lower quality, necessitating the return of the part. Policyholders are not seeing insurance-rate reductions due to the new mandated parts system. And preventing local auto repair shops from buying automotive parts in their local communities will harm local businesses and impact sales tax revenue.

Insurers in Michigan have told the legislature that mandating vendors for small businesses will save consumers money. This is not the case. Collision shops have noted that average estimates have remained the same since the mandatory parts program was put into place.

The same vehicle parts are being purchased but from unfamiliar, nonlocal parts vendors. Or, on the flip side, the fees that some parts procurement systems charge to vendors are often passed on to the shops, increasing the cost of repairs for the customer. Collision shops have not determined that there is any potential for cost savings under the new procurement system. 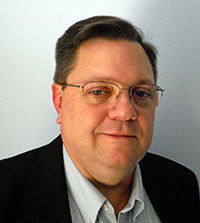 ASA noted at the Michigan hearing that shops oppose an insurance company requiring the use of a specific company. An insurer requiring the use of one company ignores the potential for technological advances in parts procurement and discourages competition. There are parts procurement systems now in development that may provide superior service to the insurance mandated system, yet they are excluded from some direct-repair agreements.

Collision shops work with multiple insurance companies in automotive repair. If five different insurers require five different parts procurement systems, it will be cost prohibitive and labor intensive for repair shops. In addition, these increased costs will be passed on to the consumer.

ASA is unaware of any statistical information available to the public to validate the notion that these mandates are lowering claim costs. It takes several years for the actuarial departments to adjust the policy premium based on the prior several years of history. The insurance representative testifying before the Michigan Committee on Insurance provided no data as evidence of any rate reductions.
Following the hearing, Risley said, “Insurance companies should not be mandating the use of a specific software, technology or vendor for purchasing parts. Independent collision repairers should be able to choose the vendors with whom they would like to do business.

“Collision repairers have a vested interest in buying the highest quality part at a competitive price, choosing a vendor that can provide timely and efficient service and one that stands behind their product. That vested interest is the vehicle owner, their customer.”

“This bill is common-sense legislation and, when passed, will be a great victory for Michigan consumers as well as the automotive repair community at large,” Fisher said at the conclusion of the hearing. “The situation is not unique to my state, and it is my hope that Michigan can serve as a model for repairers in other states facing this issue.”

ASA encourages Michigan collision repairers to contact their representatives in the state legislature and ask for their support for S.B. 430.

To learn more about S.B. 430 or send a letter in support, please go to ASA’s legislative website: TakingTheHill.com