In Need of Repair?

Since State Farm’s national PartsTrader program went into effect, shops and others in the industry have adapted. But it’s been a bumpy road, and changes may be just around the corner if pending legislation gains support.

Since the implementation of PartsTraders’ national mandate by State Farm, reviews have been mixed. Although collision repair shops and parts vendors have been adapting to the new system, some repairers believe the program hinders procedures that were in place prior to the mandate.

They recognize that the PartsTrader application is intended to offer some benefits and generally believe that it could be a good option for the collision repair industry. But the mandate has been a source of frustration for some repair shops that otherwise wouldn’t use the program.

The reason for that frustration is that State Farm’s mandate has eliminated choices for its Select Service Shops. To remain in the program, State Farm requires repair shops to get quotes from specific parts suppliers, as well as to order its parts through PartsTrader.

According to PartsTrader spokesperson Justin Tomczak, the company intends for the mandate to improve the process for the consumer and the policyholder. “State Farm is pleased to be part of a process that helps promote a competitive marketplace and improve repair efficiencies,” he says. “The State Farm Select Service programs, which include the use of electronic parts ordering, are designed to improve the value to policyholders and enhance the customer experience.”

But with few exceptions, the State Farm PartsTrader mandate offers limited options for repairers to use various parts vendors. “I’m not against mandates as a whole,” says Darrell Amberson, president of Operations at LaMettry’s Collision in Minnesota and former chairman of the Automotive Service Association (ASA). “Frankly, every requirement or commitment in a direct repair program (DRP) agreement is a mandate for both the repairer and insurer, [and] many are very reasonable for both parties.
“But one of my concerns is that the mandate came along after most State Farm DRP relationships were already established. We were told that we had a choice [as a repairer] to no longer be part of the [DRP] program. In practicality, that was not a reasonable alternative for shops that were reliant on the DRP relationship for a significant part of their business.”

Prior to the mandate, repair shops like LaMettry’s had relationships with multiple suppliers while maintaining its status as a State Farm Select Service shop. Now, repairers can only purchase parts from those suppliers who choose to join PartsTrader. There are other automated parts procurement systems that offer various advantages, yet State Farm continues to require the use of PartsTrader for all of its direct repair claim parts quotes and orders.

PartsTrader, a free option for repair shops to use even prior to the mandate, still allows repair shops to select suppliers from members across the nation. However, PartsTrader now charges fees to the parts vendors. In some cases, the vendors pass these fees on to shops when placing orders. And with the increase in users since the mandate went into effect, PartsTrader is receiving more feedback from more users that it needs to improve the application.

Like LaMettry’s, many repair shops have chosen to use PartsTrader in accordance with the mandate to keep their status as a State Farm Select Service Shop. Amberson surveyed the staff at LaMettry’s for their opinions on the adjustment to PartsTrader.

“The wait time for quotes continues to be a problem,” he says. “It’s an inefficiency for staff members who can’t finish estimating or file handling in one step, not to mention the poor message it sends to customers regarding the time and inconvenience required to get a thorough estimate.”

According to the program’s vice president, Dale Sailer, PartsTrader has been working to address concerns raised by repair shops. “Relative to quote times, we have recently completed a national rollout of the availability of a 30-minute quote time on all smaller jobs,” he says. “Every two weeks, the PartsTrader application is updated with enhanced functionality based on direct user feedback, input from our advisory council and discussions with our industry integration partners.”
Indeed, Amberson says his staff has noticed improvement, with quote times dropping from two hours to half an hour, but in comparison with procedures before the PartsTrader mandate went into effect, he says, “Our staff can check parts by other means as fast or faster. For example, a good estimator can check three salvage sources by other electronic systems [or by phone] in less than half an hour.” 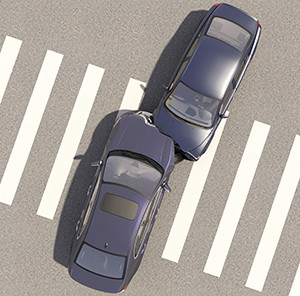 Sailer also says PartsTrader has been working on other improvements to the system since the national mandate began, including, “improved integration with the three primary estimating systems, integration with hotlines to streamline the quoting process for recyclers, integration with Digital Motorworks Inc. (DMI) to streamline the quoting process for dealers, a suite of management reporting tools that provide insight for repairers and suppliers … and an enhanced quote selection tool.”
Though PartsTrader is making improvements in response to user feedback, repairers like Amberson say they still miss having the freedom of choice that they had prior to the mandate.

Do shops have options?

Sailer points to other benefits as well. “As a point of fact, repairers using [PartsTrader] have increased their margins by 3.5 percent over the past two years because suppliers are competing for their business.”

While PartsTrader offers shops a choice of vendors from which to select, it’s the only choice of parts-ordering system for repairers on State Farm’s program, even though State Farm allows repairers to choose the system or vendor they use from many other offerings.

“LaMettry’s has choices of different estimating systems, different Customer Service Index (CSI) measurement sources, different sources for required shop equipment and different sources for education and training,” Amberson says. “There are other parts procurement systems out there, and there is a lot of development taking place. While [PartsTrader] is working on product improvement, I find it counterproductive to exclude other vendors that may be developing superior products and features.”

The trouble with mandates

Ray Fisher, president of ASA-Michigan, is also concerned about mandates. “It has always been the stance of ASA-Michigan that insurance companies should not be able to have ‘mandates’ when conducting business here in Michigan,” Fisher says.

Like Amberson, Fisher is adamant that ASA doesn’t have an issue with PartsTrader, just with the mandate. “We have nothing against any vendor who provides a service to the repair industry,” Fisher says. “We just continue to remain firm about mandates.”

“Things like the cost of shipping parts overnight versus local delivery can increase the cost to the consumer in the form of expensive repairs or additional days renting a car or without transportation.”

Fisher agrees. “Repair facilities have built relationships with many of their vendors over the years,” he says, “with regard to pricing, reliability, service, quality expectations, and delivery… not to mention they are usually supporting local businesses.”

Based on concerns like those expressed by Amberson and others in the industry, legislation is moving forward in several states, including Michigan and New York, to prevent mandates such as the State Farm PartsTrader one from happening.

In Michigan, the ASA has worked with legislators and has introduced Senate Bill 430. Fisher says the bill “…prevents an insurer from mandating a certain parts procurement process onto a repair facility. We kept the focus on the issue, which is an insurer placing a mandate for parts procurement.”

In response, State Farm spokesperson Justin Tomczak says, “The PartsTrader platform connects repairers with multiple suppliers, and they choose the parts they want to purchase. State Farm does not require repairers to use a certain supplier, and there are no requirements to simply purchase the lowest priced parts … We believe the availability of PartsTrader provides additional transparency in the selection of quality parts at a competitive price.”

Overall, shops are in favor of automated parts-procurement systems like PartsTrader, especially when compared with having no system or outdated systems. “PartsTrader offers some good features and at the same time some inefficiencies and redundancies,” Amberson says. But it’s the mandate that’s facing opposition.