Factory Scan Tooling – Take your shop beyond the manufacturers’ dealers 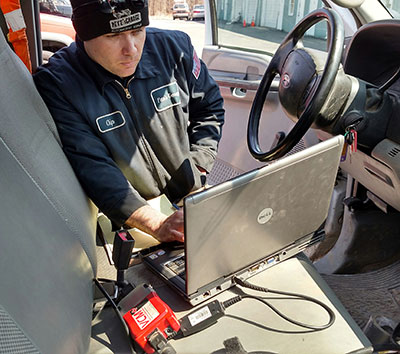 Many years ago I watched my next-door neighbor use a dime to remove and reinstall a screw in an attempt to fix a toy of mine. I was young, maybe 8 years old, and thought, “Wow, how ingenious.” He was a few years older, and I was easily impressed.

At the time, I was so blown away that he used a dime that I didn’t realize it took him 10 times longer than it would have if he had used a screwdriver. Also, three weeks later my toy fell apart because the aforementioned screw fell out, making the toy unusable. In hindsight, I know that it fell out because he couldn’t attain proper torque with a dime – a lesson I would later benefit from as an automotive technician.

Most professional shops wouldn’t dream of working on cars without having a good screwdriver kit in their toolbox. Likewise, the scan tool is an important device for working on modern vehicles that use various modules to perform vehicle functions. If you’re not going to use the correct scan tool, you ought to consider trading your screwdrivers for dimes. In the world of scan tools, nobody knows what you need better than the manufacturer of the car you’re working on.

Interestingly, many shops choose to buy a universal tool that may work as well as a dime. Like my neighbor, who thought a dime was good enough to replace a screwdriver, they erroneously believe that universal tools will work well enough. But a universal tool’s true place in the shop is to augment the OEM scan tool capability and not to serve as the sole diagnostic tool. When combined with OEM tooling, some universal scan tools will give a shop capability beyond the manufacturers’ dealers.

Last year, ASA – in conjunction with many OEMs – launched scantoolresource.com, and AutoInc. magazine ran an in-depth series that detailed which OEM scan tools you need, per manufacturer specifications, including legacy applications. In this issue, we’ll hit the highlights of what you need for the most popular manufacturers’ vehicles and their current lineups. Keep in mind that this list is designed simply to serve as a jumping off point for your own research.

Chip Wright from Pete’s Garage Inc. using a Tech2 to solve a drivability issue on a 2004 GMC.

General Motors
To competently communicate and program General Motors modules, the GDS2/MDI is the Global A diagnostic tool for GM. This tool represents a significant change from years past in that it is 100 percent PC-based and offers a Tech2Win option that emulates the older Tech2 scan tool for most functions. Using the J2535 protocol with either the MDI interface or the correct Drewtech J2534 tool, a technician will have almost complete OEM capability on OBD-II and newer GM products.

Chrysler/Jeep/Dodge/RAM
If your shop wants to have newer Mopar capability, you should be looking at the wiTECH with MicroPod2. This will give you 100 percent coverage on all newer CAN. The DRB3 (no longer sold new) would be ideal to cover some of the non-CAN protocol models that the wiTECH does not cover. Look for wiTECH2 desktop client coming soon.

Ford/Lincoln/Mazda
Ford recently switched to the VCM2, which gives excellent coverage of models dating back to 1996. It works for module and key programming, as well as for graphing and data logging. Mazda and Ford split in 2012, so an updated Ford IDS no longer supports Mazda diagnostics or programming. The tools are not compatible on the same PC unless you have it partitioned with separate operating systems. 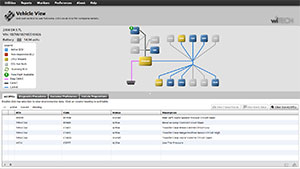 The Chrysler wiTECH allows users to identify which modules are having issues and those that are due for software updates.

Honda/Acura
HDS has been around in many forms. The latest uses the MVCI platform and is the only version of the HDS software that allows access to all vehicle modules from 1992 to present day. It includes module and key programming and is the only tool you need to do Honda/Acura work at the factory level.

Toyota/Lexus/Scion
Techstream was introduced in 2007 and upgraded to Techstream2 in 2014. It was a great stride forward for Toyota, which appears to be at the forefront of streamlining scan tools and access to OEM scan tools for both dealer and independent shops. The PC-based Techstream uses an OEM spec J2534 interface to access scan-tool data over Web-based software. Full factory tool capability can be accessed using a Drewtech mongoose or CarDAQ. 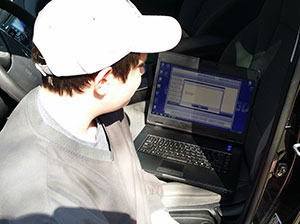 Earl Davis, of MD Car Care in Charlotte, N.C., works with a laptop-based GDS as an important part of successfully repairing Hyundai and KIA.

Volkswagen/Audi
The most recent tool is a laptop-based (Toughbook) VAS 6150. This is basically a continuation of software from the 5052A and picked up around 2011 at version Base 18. It offers the same capability and has completely replaced the VAS 5052A tool with new (2014) software called ODIS.

Hyundai/KIA
The Global Diagnostic System (GDS), built by GIT Korea, is a laptop-based (Toughbook) scan tool that uses a VCM interface. The GDS offers coverage for all years of Hyundai from 1986 to the present and KIA from 1994 to the present. (Note: Separate tools required for each manufacturer.)

Nissan/Infiniti
CONSULT3+ uses a Canon-built interface and Toughbook laptop. Both the CONSULT3 and CONSULT3+ models do not support OBD-II coverage. The CONSULT3+ is the most current tool and the one for any shop looking to work on OBD-II Nissan/Infiniti.

Subaru
The SSM3 is the current Subaru tool and offers complete coverage for OBD-II from 1996, but it does not offer coverage for OBD-I. In addition, the SSM3 is not available to the independent repair sector. Instead, Subaru has made available an almost identical tool, the Hitachi-built HDS 3000 that includes CAN coverage and complete programming capabilities.

BMW/MINI
Any independent repairer that wants to be highly competent on BMWs should invest in the ISTA D/P with ICOM A, B and C interfaces or a J2534 tool with a 20-pin adapter. This would give the user complete OEM-level diagnostics on all models and systems of BMW and MINI. 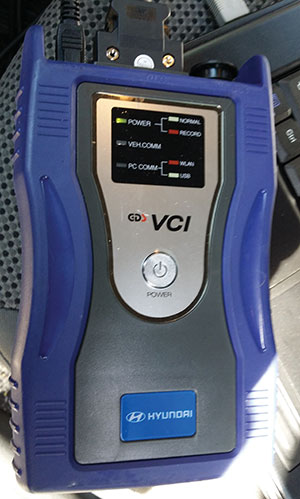 Mercedes/smart
If you want to be competent on Mercedes-Benz and smart automobiles, the Xentry Connect is the only way to go. If you’re working with anything less you should evaluate the disservice you might be performing.

Take this information and do your own research. Remember, I’m not advocating you discard your generic tools. They have their place. But if you’re seriously tired of not diagnosing cars efficiently, you can make great improvements just by having the correct tool available in your shop before they roll into the bay.

Customers are having a harder time deciding how to pick their service provider and using OEM and beyond capability is one way to show your clients what separates you from the other shops in your area.

As technology changes so may the truth about what we, as shop owners, need to efficiently fix cars. In fact, even as the ink in this magazine dried, it’s likely something has changed. Always do some of your own research and remember scan-tool acquisition is a fluid situation and the facts are changing constantly. 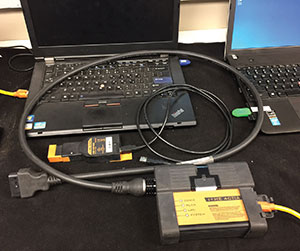 A pioneer of using OEM tools in an independent setting, Steve Brotherton of Continental Imports of Gainesville, Fla., continues to lead the pack with the ISTA D/P for BMW.

Three vital things to remember about tooling and being service ready:

Almost all of the OEM scan tools a shop needs are available, most at prices in line with the cost of the vehicle. Meaning that most high-end, luxury-brand tools cost a bit more than the less luxurious, commonly seen brands.

Shop owners play a vital role in making sure our techs have the tooling, information and training available to them if we expect them to deliver an accurately and efficiently diagnosed vehicle.

Aftermarket tools have their place. There are many good examples where an aftermarket tool has gotten us out of a jam or helped solve a problem when the OEM tool couldn’t. So this doesn’t have to be one or the other. In fact, I find OEM tools and aftermarket tools complement one another quite well.
If you feel overwhelmed, don’t. Even for the shop that is wealthy enough to buy every scan tool they need to ensure OEM coverage, I think it’s better to buy one at a time and get your techs comfortable with that tool before acquiring another.

Lastly, don’t be afraid to ask for help. Online web sites such as scantoolresource.com and NASTF.org, as well as forums like iATN.net and national or local ASA events like CARS, are great places to learn more about how to become OEM service ready before the car arrives at your shop.