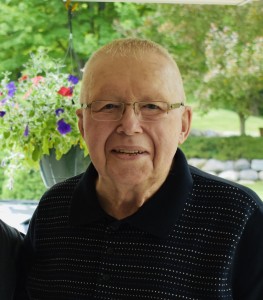 Schoonover, a former ASA Collision leader, served on many boards and committees at the state and national levels for ASA, ASC, I-CAR and others.

He went to work for his dad, Chuck, at the family business-Schoonover Auto Rebuild, taking it over in the mid 1960s after his father’s early passing.

In 1973, he moved Schoonover Auto Rebuild to Shoreview. He was an innovator and was always two steps ahead of the competition. He set the bar high for customer service and quality. It was a priority to make sure his employees had the best tools, equipment and training available.

During his leadership of Schoonover Body Works & Glass, he grew the company to a nationally recognized repair facility. He became involved in the collision repair industry, serving on many boards and committees at the state and national levels for ASA, ASC, I-CAR and others.

Through his involvement, he helped develop legislation, rules and procedures granting rights to consumers and leveling the playing field with auto insurers.

Dick graduated from Murray High School in 1955 where he played football, basketball and baseball, earning a letter in all three sports over four years. It is also where he met the love of his life, Beryl. Dick and Beryl were married in 1956 and started their family in St. Paul.

In his spare time, Schoonover gave back to the community that meant so much to him. Besides coaching youth sports, he served on the Northwest YMCA board, was a Roseville Rotarian and sponsored many youth teams year after year. He and Beryl enjoyed golfing and were members at the Midland Hills and Indian Hills golf clubs.

He was an avid reader and would read anything related to news, politics and business. He also loved cars and shared that love with his sons. Dick was a man of many talents, businessman, entrepreneur, visionary, mentor, coach. Most importantly, he was a loving man who would do anything for his family. His drive for excellence, integrity, hard work and dedication proved anything could be achieved, and any obstacle could be overcome. He often used the phrase “Tough Mustang” to encourage family members.

Memorial services will be held at a later date. Memorials are preferred to his grandson, Patrick Schoonover, who preceded him in death. Send donations to: Schoonover Heart Foundation, www.playforpatrick.org or King of Kings Lutheran Church, Woodbury www.kingofkingswoodbury.org.