Blog: ASA members are ‘willing to help to change this industry’

Before joining, I hadn’t been to any meetings. I hadn’t been approached by any salesman. I didn’t even know any other members. I only knew that this industry needed help,  and I wanted to help but didn’t know how.

One day I received a copy of the ASA Michigan affiliate publication, The Garage Key, and told Kris “send a check, we need to join.”

I received a thank you letter and continued getting The Garage Key and then AutoInc.

A few years went by, I was invited to CARS 2005 by our Executive Director Ron Meyers.

Kris and I attended.

This was EXACTLY what we were looking for!

We met so many people who I thought were the industry SUPERSTARS.

I need to admit that I don’t think that I have ever had an original idea since 2005. Really!

Through networking and talking to other shop owners, trainers, salesmen and technicians, I have heard of so many neat ideas that I have taken home and implemented for my own shop, that my local customers and contemporaries think that I am a genius!

They do not know about ASA. 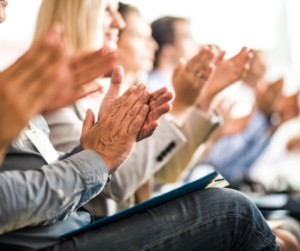 I just cannot take the credit. The credit goes to YOU! The ASA members who not only want to fix cars, but also fix the industry!

Whatever it is that is plaguing us… parts quality, right to repair acts, technician shortage, customer retention issues… whatever it is, ASA members stand up to bat and hit a home run nearly every time!

I want to give you guys a round of applause for that.

And I want everyone of you to stand and give a round of applause to all the other members, whether they are here or not, just because they ARE a member, and they are willing to help to change this industry. 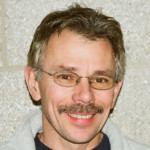