NORTH RICHLAND HILLS,  Texas – In this episode, we continue our conversation with Kathryne Buckley-Tessem about her role as executive director of ASA-Texas.

In the second of two podcasts, she talks about how the ASA-Texas Board is focused on growing the membership in the affiliate organization as we all continue to recover from the impact of the pandemic.

From creating new systems to deal with a changing industry, to working with her volunteer leadership to learn all she can, Kathryne shares her views on the most pressing issues facing the organization and the opportunities she sees ahead for meeting existing ASA members and recruiting new ones. 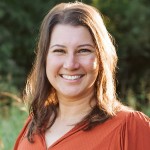 Listen in as Kathryne shares her thoughts on: