After traveling in Europe and college, he moved to Boulder, Colorado, where he ran a rental car operation and became a customer of Pellman’s Automotive Service.

One of those repairs resulted in finding his career path as an ASE Certified technician who worked his way up to become general manager.

Thanks to the help, training and trust from independent shop owners Brad and Lisa Pellman, Dan is another of our next-generation leaders who believes strongly in his customers, his team and his own passion for the automotive service industry. 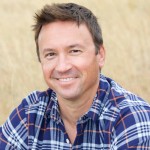 Listen in as Dan discusses: