ASA Podcast (Episode 81): We’re in this together – let’s learn from one another

NORTH RICHLAND HILLS,  Texas – As one of the next-generation of business leaders, Phil  Carpenter represents a new face with new ideas.

Phil, who has a keen interest in legislative and community issues, is director of operations for Urban AutoCare and Avalon Automotive. He’s also president of ASA Colorado’s Mechanical Division.

Urban AutoCare and Avalon owner Brian Sump has a lot of faith in Phil’s abilities. 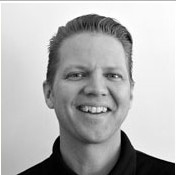 Listen in as he discusses: