ASA Chairman’s Message: What have we done for you lately?

By Bob Wills/Chairman, ASA Board of Directors 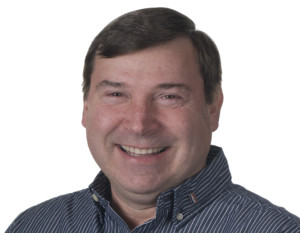 As we move into the second half of 2019, I thought it would be a good time to review what ASA and our Affiliates have been up to on your behalf.

By any account, it’s been a busy year so far.

ASA kicked off 2019 with the appointment of Ray Fisher as our new Executive Director. Ray came to National after spending 14 years with our ASA-Michigan affiliate — six as Vice President and another nine as Executive Director.  He brings a wealth of industry knowledge and a laser-focus on serving ASA’s membership.

The first quarter began with the launch of new member benefits from Kukui and Chevron and the transition of AutoInc. into a digital magazine. With today’s news cycle now on a 24/7 basis, the new AutoInc. digital format has increased your association’s ability to communicate more directly with our members to share the latest news and information to keep you informed and help drive your success!

On the legislative front, ASA announced our position supporting the use of OEM repair procedures to ensure the highest quality repairs. Reinforcing our commitment to safety, ASA opposed state legislative attacks on periodic motor vehicle safety inspection programs in Missouri and Louisiana, rallying our members and the industry at large to help defeat both bills.

ASA also opposed Wyoming’s Crash Parts Bill after expressing concerns over unanswered questions on who determines that parts meet OEM specifications, who evaluates parts certification and what consumer protections the bill would provide.

Our ASA Affiliates in Colorado and the Northwest advanced the knowledge and capabilities of those attending the ASA-CO Summit in January and the ASA-NW Automotive Training Expo in March. Both events set records for attendance and offered some of the best management and technical training available.

We rounded out the first quarter by launching a new “Garage Challenge” video series with Frank Leutz, Arizona shop owner and a member of the ASA Mechanical Operations Committee. With more to come in the second half of 2019, both management and technical training remains high on the list of benefits ASA delivers to its members.

The second quarter of 2019 was dominated by ASA’s Annual Meeting. The event was held in Hurst, Texas near ASA’s Dallas-Fort Worth headquarters. And if you weren’t there, you missed something special. With live ADAS training from Standard Motor Products, presentations from leading industry trainers such as Jeremy O’Neal, Bob Cooper, Tom McGee and Sara Frazer, and a Recruitment & Retention Panel to help find the talent you need. The 2019 ASA Annual Meeting exceeded expectations, with many positive comments from attendees.

One of the most important announcements at the Annual Meeting was the launch of ASA’s new mobile app. ASA On the Go provides news, information, events, legislative updates, info on member benefits and helpful tips, along with a shop finder exclusively
for ASA members. Created in a partnership with MobileSoft, the ASA app can be customized for our member shops to build their own app with special pricing.

Legislative activity included ASA support for a New Hampshire OEM Repair Procedures bill and the Mechanical Operations Committee launch of a new PMVI Video to build the case for safety inspections. Using visuals from digital inspections, the video highlights the many safety problems caused by neglected maintenance that PMVI programs can detect before they become a safety issue on the roads.

The ASA Collision Operations Committee issued a release expressing their concerns over an insurer document on vehicle scanning that raised questions about the insurer’s position on performing vehicle scans as part of a complete repair process. To close out
the first half of 2019, there was even more technical training available in June from our ASA Arizona affiliate, and AutoInc.’s “Best Waiting Area” photo contest.

As you can see, ASA is the association that works for our members and has your back in Washington, D.C.

With representation at the national and state level, ongoing training from both National and Affiliate events, and a list of continuously improving benefits, your ASA membership is one of the most important investments you can make for now and the future.

Bob Wills, AMAM, is the owner of Wills Auto Service in Battle Creek, Mich.  He is currently serving a two-year term as ASA Chairman.