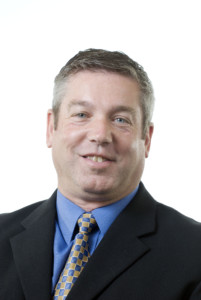 You may have seen the press releases outlining the ASA position on three important pieces of state legislation in Wyoming, New Hampshire and Missouri.

We support one and oppose two for some very good reasons.

This is another example of how ASA National works for our members at both state and national levels to make sure our voices are heard and interests protected.

But we can’t do it without your involvement and support, and I think it’s important that our members understand the “why” behind our positions.

The Wyoming legislature is considering Aftermarket Parts Bill SF0095 that would negatively impact collision repairers and consumers relative to aftermarket crash parts. The legislation is described as relating to insurance; providing standards for the use of aftermarket parts in automobile damage repairs; requiring disclosure when any use is proposed of a non-original manufacturer part; and requiring that all aftermarket parts be identified and be of the same quality as the original part.

This type of legislation has been attempted in other states and numerous legislatures have rejected this policy as it dramatically changes the marketplace. ASA opposes it since it fails to define who is to determine that parts meet OEM standards; what state agency is equipped to evaluate certification standards, and how any of this protects the consumer.

ASA feels that these and other questions demand more than two weeks of policy debate.

To be clear, ASA does not support the use of OEM parts only. ASA’s interest is in requiring the industry to adhere to a set of repair procedures that assure the best opportunity for vehicle safety on our highways.

The third piece of legislation was introduced in the Missouri Legislature and seeks to repeal the state’s vehicle safety inspection program. House Bill 451 is similar to HB 1444, which ASA opposed and successfully worked with our members in Missouri, as well as coalition partners, to ensure the bill did not become law.

Once again, ASA opposes HB 451 and has begun efforts to stop this bill from moving forward.

As I said, we need the help of all ASA members in these three states to contact their state legislators and voice your support for ASA’s position on each piece of legislation. Together, we can make a difference.