‘You better put that thing back together before your father gets home!’

In 1964 America, the threat of father finding out you did something bad had all the weight of a nuclear explosion along with the extended fallout.

“I don’t know what you’ve done, but you had better put that thing back together before your father gets home,” my mother said.

If I didn’t get this right, there was going to be heavy consequences. I was sure that I would be expected to fund a new Montgomery Ward lawnmower. 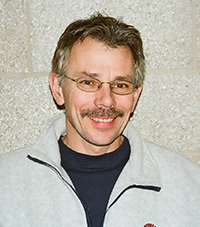 I’ve been asked to share some thoughts and experiences of a “veteran” shop owner. After a few years in the trenches, the thought is that I may have a few ideas on what might be next for someone like me. But to let you know who someone like me is, let me tell you some stories of my past.

I’ve been fixing things since I was 7 years old, starting with the family lawnmower. It wasn’t really broken, but I was curious as to what was inside. Dad had a few tools laying around, so I proceeded to remove a few bolts and nuts. After the top cover came off, there was another world of marvelous parts to explore.

Well removing that top cover was like standing in the foyer of a great big house. There was so much to explore, so many passages and hallways. I just had to keep going. After a couple of hours spent mostly searching for more tools, I had a great pile of parts — not so neatly laid out — all over the back porch step and lawn. I was just fascinated as I spun the flywheel and watched the piston move smoothly up and down in the cylinder bore. I’ve never seen a piston before, but I figured that this just had to be it!

As the mesmerizing spell of the moving internal parts began to wane, I noticed what I thought must be the valves moving in concert with the piston, each opening and closing just before the other began its ballet step, in three-part harmony. Piston down, valve open. Piston up, valve closes.  My,  this was fascinating!

This curiosity has been my curse my whole life. I just don’t seem to be able to leave well enough alone. Sure, that old lawnmower ran again that day, but that part was simple, and I knew it then. I wanted to go deeper, how did the piston fit? How was it connected to the crankshaft? What did the crankshaft look like? In time I found out and taught myself a few other skills with some bigger machines. I collected all the tools I could get my hands on and kept them in an old tackle box. People started asking me to fix their brakes, tune their engines, even put a clutch in a ’66 GTO (it was only five years old then) — all before I was 16 years old.

It was at that time I decided what I wanted to do with my life, and I was already doing it! The biggest issue then, as it is now, is “you don’t know what you don’t know!” Fortunately, a good curiosity keeps idle hands busy. I took a year of auto mechanics in high school. Then, four days after graduation, I started an associate degree program in Automotive Service Technology at Ferris State College, which I finished in 18 months. We learned about the ‘new’ electronic ignition systems and the ever-popular disc brake systems. We tore down and reassembled brake boosters, power steering pumps, and A/C compressors. In reality, I really haven’t rebuilt many of the aforementioned components, but unlike my classmates, I felt it was important that I knew how they worked and, more importantly, how they failed!

I have never stopped learning since.

Before leaving campus, I took all the mechanical tests available from the National Institute of Automotive Service Excellence and passed them all. I was now a “General Mechanic!” I was wishing that I had missed a test or two, then I would have been designated a Specialist” in the fields tested. The term “Specialist” just sounded better to me.

I started work as a tech at a local Ford dealer in 1975, soon after graduating from Ferris. I worked 2 ½ years before the opportunity presented itself where I could be my own boss! A gas station owner had retired and the empty building was adjacent to my father’s business (Excavating Company). He wanted the property and thought that I might want to have my own shop to run.

All I saw was the stars in the sky! If there were any warning bells, I didn’t hear them. I forgot that “you don’t know what you don’t know” and surged ahead, my curious self finding out how not to run a shop, handle customers, write bills, order parts and, the hardest part, pay the bills. A big detriment in 1978 was the phone company was on strike. There would be NO telephone installed in my business for about four months. This was before internet, before cell phones, before “cordless” phones. My parents still had a “party line!” (Ask somebody old, they will fill you in…) Kincheloe AFB, only eight miles away, had just closed earlier in the year, and there were 20,000 less people in the area, and a lot of locals were now out of work. Oh, AND Kris was 8 months pregnant when we opened shop!

What the heck was I doing?