WWYD? How a vehicle assessment of ‘looks good’ can create serious problems for careless shops 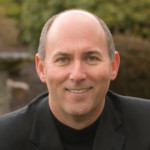 The customer had an older BMW towed into a shop for a used vehicle inspection (UVI).

It never ran after being dropped off, having been stored outdoors for more than three years.

The customer explained that because he planned to give the car to his daughter, he wanted the shop to look it over and tell him what needed to be repaired.

The service advisor told him that the car “looked good,” aside from the fact that the transmission needed to be replaced due to rust contamination.

After the shop gave its estimate to the customer, he agreed to replace the transmission and it was ordered and installed.

In the meantime, the customer completed purchase of the car for his daughter.

However, after the transmission was replaced, technicians attempted to start the car and back it up and discovered that it also needed an alternator and a new battery.

Further diagnostics also revealed that the vehicle had an extensive electrical problem that ran up the repair charges another $1,800.

When given his bill, the customer asked, “Why did I pay for a UVI, and why was I not told about the need for additional repairs? If I’d known about them before, I wouldn’t have bought the car. I want all my money refunded!” 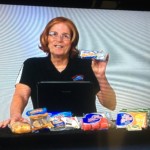 The term “stored outdoors” translates to “abandoned in the weeds.” Industry experience with any car like this is that a lot of money needs to be spent. There’s a good chance the brakes don’t work and there’s often rodent infestation.

A pre-purchase inspection is an evaluation by a skilled technician who starts with a road test, which evaluates the performance of the vehicle. A bunch of other stuff is checked with the car on the ground, then on a hoist.

For a service advisor to say that “it looks good from here” is no better than a rudimentary observation through a dirty office window. That statement about a vehicle that’s never even been started, much less driven, borders on a violation of ethics.

The information provided leads me to conclude that this vehicle never had an inspection, yet the customer was billed for one. In addition, a large sale was made without regard to the customer’s best interests. When things like this happen, it’s clear that either some serious training needs to happen or there’s cause for drug testing in the workplace.

The customer probably would have not bought the car if all the information had been presented in the first place. Of course, maybe it had sentimental value, such as having belonged to a beloved relative. We’ve all known people who put money into vehicles when they shouldn’t have.

Still, the result of that negligence is that the shop should refund the money for the inspection, plus all the money spent for the transmission and perhaps the loss when the customer sells the car. A real inspection would have revealed the need for more than a battery and alternator.

The service advisor’s future needs a serious look, as well. 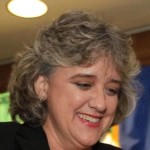 Easy. Give the guy his money back. You do not want this one to go to court. The legal process would be exceptionally painful if the customer hires a professional witness, like me. Both wallet and social media reputation would suffer.

Cut your losses, say mea culpa and spend the time doing shop-image damage control. And the shop owner needs to evaluate whether this was a training issue or a discipline problem. Either one is not a quick fix.

It sounds as if there was a breakdown in communications. If you can’t drive the vehicle, you can’t perform a proper used vehicle inspection. This should have been clearly communicated to the customer before any repairs were made.

Because the service advisor didn’t communicate these additional repairs, the shop is basically at the mercy of the customer. I would ask him what he believes to be fair, given that the advisor didn’t do his job. If the customer requested the entire $1,800, I’d give it to him.

T.J Reilly, AAM, is the owner of Same Day Auto Service, an ASA-member business in Clackamas, Ore. His email address is TJ@SameDay/AutoService.com.