What You Need to Know About Telematics

Two of the Automotive Service Association’s leading authorities on the new technologies tell where you need to focus your attention.

Connected Cars:
The Mechanical Side

For many years, ASA has been involved in the issue of how telematics might affect our members and the aftermarket repair segment in general. We have taken a leadership role over the past couple of years by providing venues for the automakers and all of the aftermarket to meet and discuss the very complex issue of telematics. 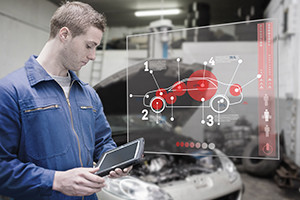 In 2016, we held a meeting in Dallas, and we have also conducted two very successful forums at NACE and CARS in Detroit.
We recognize that many of our members don’t consider this a top-of-mind issue, given that many vehicles equipped with the technologies are still under warranty. However, along with Robert L. Redding Jr. in our Washington, D.C., office, ASA’s board of directors has worked to make automakers and aftermarket groups aware of what we believe are the pressing issues for those of us who repair cars.

Therefore, the rest of this article will outline key pieces of the “connected car” conversation and where you should focus your attention.

When you consider the technologies involved in creating the connected car and, ultimately, the autonomous car, it quickly becomes apparent that many of the things you need to know have already begun rolling into your shop. And the nuts and bolts of an autonomous car are that it will need to go, stop and turn – technologies that are in vehicles today.

Many of those technologies work interactively on the vehicle’s network already: anti-lock braking system (ABS), vehicle stability control (VSC), electronic throttle controls and accident avoidance or lane departure systems. And autonomous cars have to be able to “see” and navigate.
As you know, we’ve had the beginnings of these technologies in our shops for years as backup sensors, cameras and adaptive cruise control. And by learning these technologies now, you’ll be able to take part in the incremental learning process as the systems advance rather than finding yourself in a disruptive, “I have no idea where to start on these things!”, situation.

The mechanical parts of these newly developing technologies might seem like a relatively easy acclimation process. But you might find that the communication aspects of telematics are out of your wheelhouse. The good news is that most functionality requiring repair will be contained in diagnostic-tool routines.

Today, you can diagnose and perform software updates on several of the factory communication systems. And ASA is working with automakers to ensure that the security part of the equation is not a reason to turn the vehicles into an electronic version of Fort Knox. We’re confident that there is a balance between avoiding hackers with criminal intentions and having an independent repair shop access a vehicle remotely to provide advice to a vehicle owner when it’s needed.

It seems likely that our shops are going to need more secure networks than most of us currently have. Imagine hooking up your PC-based scan tool and accidently granting a hacker access to a customer’s car or delivering some kind of malware that was sitting on your network waiting for the right car to come in. This idea keeps some auto engineers up at night.

Bottom line, you’ll be well served to incrementally upgrade your facility network security as it becomes cost effective and necessary. With the short life cycle of most computer hardware these days, staying current can be expensive – so don’t overbuy.

ASA will continue to participate in the conversations that keep all industry parties aware of what our needs and concerns are. If you’re interested in more details, I will be making presentations around our affiliates and at other events in 2016. 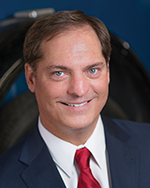 Connected Cars:
The Legislative Side

by By Robert L. Redding Jr.

A number of moving pieces relate to government policy and telematics. Some of them seek state or federal intervention to ensure that information is not being withheld from the aftermarket, although these initiatives begin outside the halls of the U.S. Capitol and state capitols. And policymakers appear very concerned about consumers’ privacy and security.

In December 2013, U.S. Sen. Edward J. Markey, D-Mass., led with letters to 20 major automobile manufacturers asking them to outline how consumers are “protected from cyberattack or unwarranted violations of privacy.”

Markey noted in the letter to automakers: “Today’s cars and light trucks contain more than 50 separate electronic control units (ECUs), connected through a controller area network (CAN) or other network (such as Local Interconnect Networks or Flexray). Vehicle functionality, safety and privacy all depend on the functions of these small computers, as well as their ability to communicate with one another.

“They also have the ability to record vehicle data to analyze and improve performance. Onboard navigation technologies, as well as the ability to integrate mobile devices with vehicle-based technologies, have also fundamentally altered the manner in which drivers and the vehicles themselves can communicate during the vehicles’ operation. My concerns are based on two recent developments that highlight potential threats to both automobile security and to consumer privacy.

“In a recent study that was funded by the Defense Advanced Research Projects Agency (DARPA), Charlie Miller [a security researcher at Uber] and Chris Valasek [Uber’s security lead] demonstrated their ability to directly connect to a vehicle’s computer systems, send commands to different ECUs through the CAN, and thereby control the engine, brakes, steering and other critical vehicle components. They were able to cause cars to suddenly accelerate, turn, and kill the brakes.”

Markey joined forces with Sen. Richard Blumenthal, D-Conn., in introducing the Security and Privacy in Your Car Act of 2015 (SPY Car Act). The bill requires the National Highway Traffic Safety Administration (NHTSA) to propose federal regulations requiring vehicles to “protect against unauthorized access to: (1) electronic controls or driving data, including information about the vehicle’s location, speed, owner, driver, or passengers; or (2) driving data collected by electronic systems built into a vehicle while that data is stored onboard the vehicle, in transit from the vehicle to another location, or subsequently stored or used off-board the vehicle. The regulations must require vehicles with accessible data or control signals to be capable of detecting, reporting, and stopping attempts to intercept such driving data or control the vehicle.”

At the state level, hearings have been held on consumer privacy rights and the rights of vehicle owners, as well as the aftermarket, to access related information. As of this writing, these state bills have not made much headway.

Neither Congress nor the states appear ready to jump into establishing new telematics laws at this time. And it’s unlikely that Congress will move on Markey’s bill in the 114th Congress. Hearings as well as legislation are indicative of policymakers’ interest in telematics. How the automotive industry addresses telematics and new technologies will be observed by both state and federal policymakers.

Before the researchers went public with their findings, they shared the results with Ford and Toyota, hoping the companies would address the identified vulnerabilities. But in response to the study’s release, both companies reportedly noted that the researchers directly, rather than wirelessly, accessed the vehicles’ computer systems and referred to the need to prevent remote hacking from a wireless device.

What the companies failed to note is that the DARPA study, built on prior research, demonstrated that one could remotely and wirelessly access a vehicle’s CAN bus through Bluetooth connections, OnStar systems, malware in a synced Android smartphone or on a malicious CD in the stereo.

A second area of concern is the increasing use of navigation or other technologies that could record the location or driving history of those using them. Several services have emerged that permit the collection of a range of user data, providing valuable information not just to improve vehicle performance but also for commercial and law enforcement purposes.

That concern was highlighted when OnStar proposed to sell information about vehicles and their drivers, including a car’s location, speed, odometer reading, driver seat-belt use and air bag deployment. It was also revealed that Tesla Motors recorded data during a test drive to obtain data about the driver’s location, energy usage, speed, temperature and other control settings, to rebut a reporter’s unfavorable review of his driving experience.

Car dealerships and navigation systems providers also have begun using “remote disabling” to track and disable vehicles if drivers don’t keep up with their payment or if cars have been reported stolen, which can raise safety concerns if the vehicles are disabled during an emergency or when the driver is left stranded in an unsafe location.

There also are a number of other policy issues brewing on the connected car front that you should be aware of.

Most shops are concerned about marketing to owners through the car’s center-stack screen. If the dealer is the only one with this ability, it has the potential to circumvent the goodwill that members have developed with the owners.

Automakers are aware of our concerns, but the devil is in the details on this one. If the OEM makes the prognostic data (repair and predicted maintenance needs) available to the dealer and the aftermarket, it could lead to a completely different competitor for both.

Web companies might use the data to provide vehicle owners with lowest-possible price estimates and advice on what’s wrong with the car. Most experts agree that using scan data alone will not be an effective way to diagnose cars for some time. That doesn’t mean that someone won’t do it, and that this “someone” might not work in the repair segment. 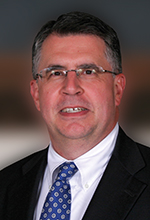