Every shop owner runs into ‘situations.’

How they handle them is important … do you agree with these fellow ASA members?

This scenario happened to me 30 years ago when I was managing a small independent Honda repair shop. An existing customer made an appointment for a 30,000-mile service for his 1980 Honda Accord. When the customer arrived a few days later, I had him sign the estimate and told him it would be ready that evening.

When the customer returned that evening, I went over the bill in detail. I had itemized the charges of every operation I had performed, which included an oil change, tuneup, valve adjust, transmission oil change and brake fluid flush. The grand total was at the bottom of the repair order, and it was slightly less than what he was quoted. 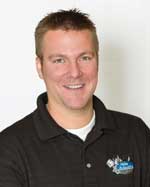 Bryan Kelley, Valley Automotive Electric, Maple Valley, Wash. – “Even though this scenario is 30 years old, it is still relevant today. On the surface, procedures were followed and documentation was correct. The customer signed the invoice and understood the total amount being charged.

“By technicality, the customer has authorized the work to be done to his car. Most likely, a court would recognize the signed document as an authorization, but that customer would never return and he would complain to anyone who would listen.

“When he returned to pick up his car, it was clear he did not understand all of the maintenance items being performed to his car. If the complete explanation had happened when the car was dropped off or prior to the appointment, this situation would not be happening. I think it is easy to get lost in the process and forget about the reason the process is in place. The reason this process exists is to fully inform the customer of the repairs being done to the vehicle and the costs associated before they occur. 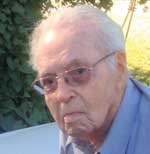 Marshall Ledbetter, Ledbetter’s Repair Shop, Tampa, Fla. – “Our shop takes pride in educating our customers on their vehicles’ service and repair needs. We believe an educated customer can make informed decisions on his or her service and repair needs. Ledbetter’s policy on major and minor recommended services is to discuss each sub-item on the list during the sign-up interview process. After the vehicle review, we contact the customer again and seek approval specifically for the items needed.

“We do not work off a ‘blanket’ agreement but review the individual sub-items with new customers. Ledbetter’s uses the sign-up process to get the clearest idea of the customer’s requested scope of work. The mechanic handling the bill would review with the customer the initial agreement items approved, and any subsequent verbal changes made by that customer.

“This scenario has one of two possible answers. If the information was covered and agreed upon in the service/repair order, the customer is expected to pay. If not, or if there is some ambiguity about what was agreed upon, the customer would be provided service without charge.

“If our customer clearly approved the service but now wants to break the contract, we still expect payment. We would then review the initial sign-up agreement and remind the customer of the conversation prior to entering into the contract that clearly indicated a brake fluid change was included. If it is handled with courtesy, most of our customers agree, sometimes reluctantly, and the matter is resolved. Most become repeat
customers.

“If no resolution is reached, we may hold the car until the customer bonds the car out under Florida law. Or we may make the economic decision to release the car with a reduced payment and decline to work on the car again.” 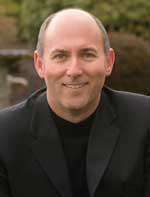 What did T.J. Reilly do?

Normally, I would have stood my ground and insisted that the customer pay for the brake fluid service, but for some reason I graciously removed it from the bill. To this day I’m not sure why I did. I guess I must have felt that this customer was sincere and really didn’t want the brake fluid to have been changed.

At any rate, when I opened my own shop 10 miles away a few years later, this customer followed me and has been a great customer ever since. Over the last 30 years he has spent thousands of dollars with me and has referred numerous friends.

He passed away this year. He holds a special place in my heart as he had unknowingly taught me a very valuable lesson about going the extra mile. The $50 I removed from his bill some 30 years ago brought me more customers and business than if I had spent $5,000 on advertising.

A word of caution: There are certain types of people who gain bragging rights with their friends when they are able to “win one over” when dealing with a business. Had I felt that he was one of those people, my decision would have probably been different.

T.J. Reilly, AAM, is the owner of Same Day Auto Service, an ASA-member business in Clackamas, Ore. His
email address is TJ@SameDayAuto Service.com.

Would you like to participate in an upcoming “What Would You Do?” feature by sharing your dilemma or saying how you would handle the problem? If so, just email your name, your shop name and its location to Leona Dalavai Scott, editor of AutoInc., at leonad@asashop.org.