What Would You Do

When a service adviser tells the customer a shop tech made a mistake that’ll mean replacing a transmission…
… What would you do?

One of our customers came in with a late-model Toyota Camry for some routine service work. Even though the car was only a couple of years old, it had more than 100,000 miles. We recommended a transmission fluid exchange. Since a lot of manufacturers don’t recommend flush solvents, we only used transmission fluid to do the exchange.

Two weeks later, the Camry returned with transmission problems. The technician who did the fluid exchange was off that day, so we had another technician look at it. This technician looked it over and determined that technician No. 1 did not totally fill up the transmission, so he filled it up and then drove the vehicle, only to find that it didn’t make any difference. 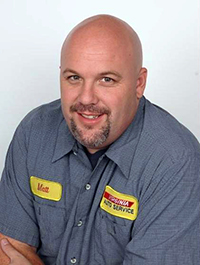 No matter how you dissect this, the customer and their car need to be taken care of – whatever that means. The internal technician and adviser issues are not for the customer to be concerned with.

After learning the news from technician No. 1, everything stops. At this point, I would get the technicians and adviser together with the car for an inspection. As a group, we would test drive the car and inspect the fluid level. After properly adjusting the fluid level, another test drive would be done to duplicate and verify the concern.

Then, I would contact the customer and let them know there was a misunderstanding between the adviser and technician, and that we would be starting over on the diagnosis and repair of their transmission. The customer would be offered a loaner or rental car so that we are not under pressure to hurry through this repair. We would also inform them that after a new diagnosis had been made, we would contact them with the results.

After a complete and proper diagnosis, we would have the information needed to have a conversation about the car and be better equipped on how to proceed with repairs in the fairest way. I would not call the customer back to pay for anything unless it was abundantly clear that the service, or lack thereof, had anything to do with the failure.

Technician No. 2 should absolutely be back charged and retrained. Apparently, the service adviser needs training, as well. If the transmission had been overfilled by four quarts, it means technician No. 2 added four quarts too many.

How on earth could the adviser tell the customer, “He didn’t believe it was enough to ruin the transmission”? Common sense bypassed two people here. If the transmission was four quarts low, it probably would not have driven out of the bay in the first place, let alone make it two weeks.

Unfortunately, because of the error checking the fluid level and misinforming the customer, it’s likely that if the transmission needed a repair or replacement, it would be on the house.

By the way, there is no such thing as a “sealed transmission.” 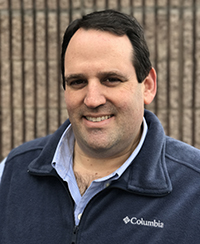 We all hate when errors happen. Whether the problem was caused by the shop’s transmission service or not, the breakdown of communication and procedures ultimately is what got them into this situation.

Unfortunately, all that can happen with the customer is damage control and trying to salvage the relationship. So calling the customer and asking them to pay for the repairs, which one of the shop’s team members has already admitted was an error, would not help with that desired outcome.

I believe now the only thing that the shop can do is to learn and grow from their mistakes. I would create or update the procedures for comebacks and fluid checks, as well as identifying training opportunities for technician No. 2 and, possibly, the service adviser.

I would not back flag technician No. 2. However, I would expect if that tech had the skills to install the new transmission, he should be doing that at reduced hours. Thus, he would be sharing in the expense of the mistake with the shop owner, who had to purchase the used transmission.

In conclusion, no shop owner likes when errors happen. But we must use those times of errors and confusion to make our people and business better.

The shop owner replaced the transmission and did not back flag the technician.

First of all, I have never back flagged a technician. I believe it’s OK to have a technician take care of his mistake. But once he’s been paid, I think it’s demoralizing to back flag him.

My dad was in the auto repair business for many years, and one of his mottos was, “How often does it happen?” If the problem didn’t happen very often, he would just write it off as a cost of doing business. Bob Cooper of Elite Worldwide, an automotive management consulting business, says, “We should live by the principle that we will never put money ahead of people.”