What Would You Do?

When repair specialists miss the obvious and the customer asks for a testing fee refund, the shop makes the customer happy, but…

… What would you do?

A customer calls about a 2005 Toyota Prius. The check engine light was on, and the car wouldn’t accelerate well. The shop told the customer to have the vehicle towed in.

When the car arrived, the shop pulled the code, which was p3190. The customer agreed to pay for additional testing (around $100). The technician followed the factory testing procedures (seven pages) and everything tested OK. After extensive research, the technician discovered the engine was extremely low on oil, and that it was the cause of the check engine light and the low power.

The customer then contacted some of her friends, who also owned Prius cars, and they told her it’s common for a Prius to do that when they get low on oil. Now the customer didn’t want to pay for the testing because she believed the technician should have checked the oil level first, before performing all the tests.

What the shop owner did:

The shop owner waived the testing fee to make the customer happy.

Jim Houser, co-owner, Hawthorne Auto Clinic Inc., an ASA-member shop in Portland, Ore.: “We all make mistakes. I know I have. Of course, customers should not be expected to pay for our mistakes. What is important is how we learn from our mistakes and, in this instance, how we share our lesson with the customer. 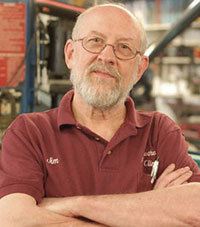 “In this case, I believe the obvious lesson is to always conduct an under-hood inspection before beginning any service, repair or diagnosis. Check belts and hoses, 12-volt battery condition and vital fluids, including brake fluid, coolant and engine and transmission oils. You establish a good baseline of information on systems’ conditions, and, if performed properly, detect needed additional repair or service issues important to vehicle safety and reliability.

“So now we have to thank our customer for this valuable lesson. A sincere apology for missing the obvious would be the first order of business. I would then thank this customer, explain the value of the new inspection procedure we have put in place, and reward them with something of value such as a lube, oil and filter service at no charge.

David Huntley, vice president and general manager, Greg’s Japanese Auto, an ASA- member shop in Seattle: “When one of our technicians pulls in a vehicle, he first checks all of the vital fluids to get a baseline for testing. If he has to add any engine oil or coolant, he will make note of it on the repair order. The tech will then pull the code from the vehicle and look for any technical service bulletins for that code. During this time, he may access several online sources to help in the diagnosis.

“In the case of a code P3190, one of the causes is low engine oil. Since we had already topped off the oil, we would clear the code and test drive to verify the code did not come back. If it passed the scan test, we would then recommend an oil change and inspection for oil leaks and/or consumption.

“We would have charged half an hour for inspection time plus the oil change.”

What T.J. Reilly would have done:

Dale Carnegie, author of How to Win Friends and Influence People, said, “If you convince a person against his will he’s of the same opinion still.” I don’t think anyone will ever convince this customer that she should pay for the testing. 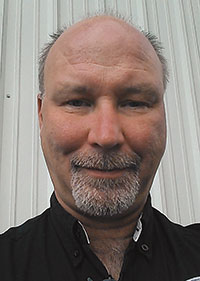 It’s obvious that this shop needs to put some policies and procedures in place to prevent this in the future. Let’s suppose that the technician had topped off the oil before the testing. The Toyota factory testing procedures for code No. p3190 does not mention anything about oil level. In that event, the technician would have continued with the testing and not found anything. The technician would have cleared the codes and told the customer to drive it to see if the light comes back on.

A quick search on Google reveals many different possible causes for a p3190, and none of them list “low oil” as a cause. I suspect this customer had one friend who had this problem and then exaggerated by saying she had “many” friends with the same problem.

Although this shop does not work on Toyotas exclusively, it does perform a lot of repairs on Prius vehicles. This was the first time they had experienced this problem, so I don’t think it was unreasonable or unfair for them to charge the customer for their time. How the final bill is presented to the customer will make all the difference in whether the customer feels she got her money’s worth. In addition to adding proper procedures, I believe that this shop needs to invest in additional training for its service advisers. The site www.EliteWorldWide.com has a really good three-day course that is getting fantastic reviews from shop owners I know personally.

I also think it was wrong of the customer to expect any shop to know everything about every vehicle that they work on. The answer to every diagnostic problem is always simple after you have invested your time and knowledge locating the problem. If the technician performed the tests, the customer should pay for the tests.

Dale Carnegie also says: “Here lies the body of William Jay who died maintaining his right of way. He was right, dead right as he sped along, but he’s just as dead as if he were wrong.