What Would You Do?

A customer insists that the shop replace a recently installed valve, free, despite the fact that the dealer sent the wrong part … … What would you do?

This scenario comes from an import car repair shop on the West Coast.M
A customer brought in his 2003 Honda CRV with 212,000 miles for a check engine light repair. The technician diagnosed that it needed a valve for the gas tank purge system. Parts and labor for this repair cost around $165.

The part was only $65. One week later the car returned with the light on again. The technician found that it now had two codes: the original evaporative emission control system (EVAP) and a catalytic converter code.

What the shop did:
Since the customer declined to pay the difference and said he was going to come and pick up the car, the shop owner refunded $165 to the customer. Despite this, the customer left unhappy.

Corey Dillon, owner, Dillon’s Automotive, Katy, Texas: “First, I am curious about how the ‘wrong part’ mounted and plugged in where the original one was without the tech at least bringing it up to the service adviser, asking him to double check with the dealer to see if it’s an updated part or just wrong?

“Beyond that, I would have explained to the customer that the manufacturer apparently has an updated version of this part because the older style ‘obviously’ does not work properly with the new fuels, especially if his car is equipped with California emissions. At that time I would have mentioned that, unfortunately, the updated part is a little more expensive, but I would gladly install it at no charge.

If the customer did not want to pay the difference, then I would have only two choices: I could either explain that I could remove the EVAP solenoid and credit him back the labor that was charged to install it, as well as the cost of the part. This would leave him with only the diagnostic charge, as if we had quoted the correct amount originally and he chose to decline the repairs. Or, if he was a good customer who had been in many times and will continue to do so, I could just apologize and eat the cost.

“One of my mentors told me 20 years ago: ‘If you’re going to argue with the customer, then don’t refund the money because you just lost them as a future customer.’

“Finally, although they say every customer is a valuable one, sometimes it’s better to let them be someone else’s customer.”

Bill Erickson, Erickson’s Automotive, Lake Oswego, Ore.: “There’s a lot more information I wish I knew regarding this scenario. But based on my assumptions, I would counter with splitting the cost difference. We’re not talking about enough money to spend any energy on it. If the customer was still unsatisfied and seemed like one that might post a negative review, I would install the correct part for no additional charge and move on. 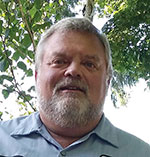 “My assumptions: The customer has lost faith in either the shop, the vehicle or both. This was probably due not so much to the EVAP part issue, but because of the catalytic converter code. A popular information provider shows the Honda MSRP at more than $1,600 for the 4wd model. Add in the labor and I can see the customer having serious thoughts about investing further in this vehicle with the mileage on it.

“Is this a first-time customer? I seriously doubt a repeat customer would question the fairness of the offer to only pay the difference in part price.

“Receiving the incorrect part was not due to anything the customer did. I assume not ordering the part by VIN number (a California model) caused the issue, since the post specifically indicated it was a West Coast car.”

What T.J. Reilly would have done:
It’s often hard to make an intelligent business decision when you’ve got phones ringing, customers coming and going and employees who need your attention. It’s always easier to say what I would have done after the fact, and I have to admit that I don’t always make the right decisions either.

That being said, we need to look at this as a business decision and not as a “right” or “wrong” issue. I believe the shop owner should have installed the more expensive valve free of charge. If the correct valve had cost $500 more, it would have been a different story. When you consider what the shop owner refunded, it wouldn’t have cost a whole lot more to install the correct part.

After all, the customer was inconvenienced by having to return. Anytime a customer has to return due to faulty parts or a mistake of any kind, I think it’s important to go the extra mile. When they’ve been inconvenienced, we will often give our customer a card for a free oil change on their next visit.