A customer called the shop with a motor home that didn’t have working brake or taillights. He was on day three of the family’s vacation and traveling north. The shop agreed to look at it immediately.

When the customer arrived, there were seven other people with him, which was more than the shop’s waiting area could handle. So the service adviser had all of them taken to the local mall.

Meanwhile, a technician pulled the motor home into the shop and began testing all the fuses with a test light. The fuses tested fine, and the technician began tracing the wiring. He eventually discovered a defective turn signal switch.

The service adviser called the customer and received authorization to replace the switch. Then, he sent an employee to the other side of town to purchase the switch. Two hours later, the family was back on the road.

The next day, however, the customer called the service adviser to report that the motor home had died while driving down the highway. The customer had it towed to the nearest shop, but because it was late in the day, the shop couldn’t look at it until the following day. This meant that the family had to take cabs to a motel and rent several rooms.

The customer then wanted the first shop to pay for the towing, cab rides, motel rooms and repair bill from the second repair shop. He claimed that the technician didn’t put the alternator fuse back in when he did the original testing. 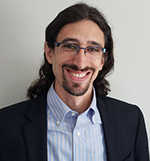 This appears to be a case of what happens when processes are rushed. Best intentions must be checked against best practices, and nothing can replace carefully measured quality control. While the shop deserves honorable mention for a noble attempt, an excruciatingly simple human error was not caught, which resulted in a greater inconvenience to the client.

My doubts regarding the necessity to remove the alternator fuse aside, had this case been properly handled, the issue could have been prevented. I’d be covering the travelers’ expenses and asking my technician why pulling that fuse was even necessary to confirm a bad switch. Proper diagnostic protocol requires analysis of a circuit prior to pulling things apart, and an oscilloscope trumps a test light.

In this case, it isn’t hard to imagine management pulled the tech from a different job to deal with the stranded vacationers. If so, this compromises any tech’s ability to do things right, even if it was for all the right reasons. 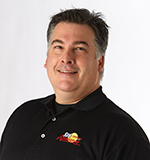 If I understand correctly, testing those fuses would not require their removal. However we slice this, though, the perception of the customer is clear: “You were the last shop to work on it.”

After checking with the technician to verify whether he remembered pulling the fuse, I would have also asked if he noticed anything on the final road test. Many times, we assume the issue is repaired. For example, “OK, the lights work now.” But we don’t road test it to make certain that the motor home is road worthy – especially with all of the people involved in this case. One final check never hurts, and it could have revealed an alternator light on.

But now, social media is hanging over your head. So if the facts were as they seem, a full refund of the original repair fee would be called for. However, the right thing to do may be to reimburse them for the extra expenses incurred because of the secondary issue.

Either way, the question is: How do you show the customer you care and that you will make it right? I try to stand out from the competition at times like these, as our reputation is so very important.

So I would most likely write the check and then make it a point to find out where the family is going and send something ahead, like a small Care Basket, to their destination. Then I would call them a couple of weeks later to make sure their trip ended well. You never know, their online response just might be helpful not harmful to your reputation.

What the shop did

The shop owner had recorded all the phone conversations, so he reviewed the initial call. The customer had told the owner that his son checked all the fuses. The shop owner then called the customer and, first, empathized with his situation.

He then asked the customer how his son had checked the fuses. The customer stated that his son pulled them out one by one. The shop owner explained that his technicians use a test light instead of pulling fuses because it’s a lot faster. The owner then told the customer that the son must have pulled the alternator fuse and reinstalled it in a blank fuse spot, so he was refusing to reimburse the customer for his expenses.

The customer called back a few hours later and told the owner that he called another shop, and they told him that the first shop was responsible because they didn’t make sure that all of the fuses were in their correct locations.

The original shop owner apologized for the situation but, again, refused to reimburse the customer.

Hats off to this shop owner for recording every phone call. Our automatic phone recording system has been worth every penny and has gotten us out of a lot of misunderstandings.

I would have done basically everything this shop owner did, with one exception. I would have turned it over to my insurance company and let them be the bad guy.

The best thing about this solution is that the customer will rarely blame you or take you to court after the insurance company denies the claim.