An update from some of the leading paint companies on the latest technology and innovations. 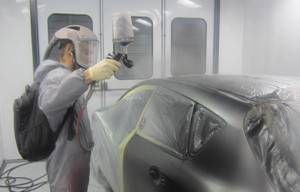 So is the paint that covers them.

What’s new? For the answer to that question, AutoInc. reached out to the paint companies and to ASA-member shops that specialize in collision repair. And it zeroed in on waterborne paint.

Waterborne paint is not new; it has been around more than a decade. But it has evolved. And it’s still evolving.

The paint came into being because of volatile organic compounds (VOCs) found in solvent-based paint. State and federal regulators have determined that VOCs are harmful to the environment. In California, regulations requiring low-VOC technologies have been in place for years, and more and more states are adopting those policies. The federal government has taken notice too.

Federal rules governing the use of VOCs fall under the umbrella of the Environmental Protection Agency’s “National Emission Standards for Hazardous Air Pollutants.” The EPA says VOCs cause “cancer, eye, nose and throat irritation, headaches, loss of coordination, nausea, and damage to the liver, kidney and central nervous system.”

Solvent-based paint has a VOC content of around 84 percent. Waterborne paint is about 10 percent solvent.

Following is what representatives of some of the leading paint companies have to say about where waterborne paint is today: 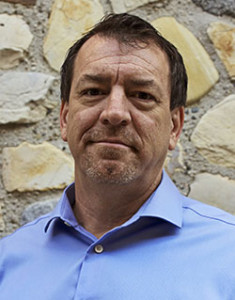 Tim Ronak, senior services consultant in the Services Group at AkzoNobel Automotive and Aerospace Coatings NA, says it’s all about the legal requirement to eliminate or limit VOC emissions as much as possible and there are two tracks that can accomplish that: high-solid solventborne coatings and waterborne coatings, which, by the way, does not mean solvent free. “Both seem to result in lower VOC and currently one avenue we pursue is the waterborne approach,” says Ronak. 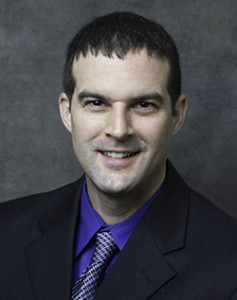 Brian Calmer, automotive finishes product manager for Martin Senour, says the easy-to-apply, fast-drying waterborne basecoat systems of today behave like traditional solvent-borne technology. “Many of these systems provide outstanding color match to today’s OEM colors while meeting the strictest 3.5 VOC limits in most of North America,” says Calmer. “Many of the waterborne basecoats are especially suited for high-volume collision centers specializing in high-quality repair and refinishing that have to meet strict VOC regulations.” 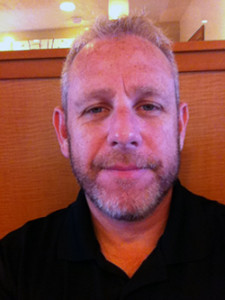 Todd Everitt, Technical Team lead, Valspar Automotive Group, Western USA/Latin America, says there may be some misinformation in the industry regarding VOC regulations.

“Most people believe the use of water in the base color coat is mandatory,” says Everitt. “This is very much false here in the United States and Canada. The regions that do require lower volatile organic compound in the basecoat layer do not specify the use of water for color; however, do limit the amount of VOC for that layer to 3.5 lbs/gal. This being said, the use of water in the collision repair industry still has a large following and is highly recommended for those facilities that are set up for it.”

According to Everitt, the use of water will require some upgrades to the facility and must be taken into account when looking at this type of system.

“We are always looking at ways to help the collision repair facility maximize profits without minimizing quality,” says Everitt. “Seeing that some facilities are not set up for water, Valspar released a low VOC solvent-based color system a few years ago, and it has grown in popularity since it hit the market. Allowing this choice in systems for the shops has let the users have the freedom to choose what best fits into their facility.”

Everitt points out that the use of water, whether it be waterbased or waterborne, has been in the industry for some time. He says Valspar Automotive has increased its De Beer Refinish product lineup, its 900+, to allow the end user more tools to match the ever-changing color spectrum of the OEM paints. He adds, “Valspar Automotive recently released its Mysterious Colours, colour-shifting pigment, several new De Beer tint colors, and has also become OEM-approved for major automotive manufacturers such as Ford, Chrysler and General Motors using our 900+ system. We continue to work diligently to keep the collision repairer at the forefront of paint technology.” 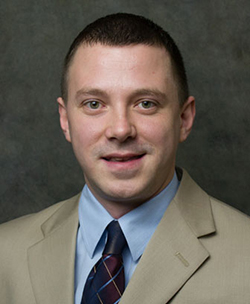 According to Damir Banusic, global product manager at Sherwin-Williams Automotive Finishes, today’s collision repair centers want fast-drying waterborne basecoats that are highly repairable. Their solvent-borne-like application makes these waterborne systems easy to apply, he says, ensuring a seamless conversion for collision centers transitioning from a solvent-borne to a waterborne system. Banusic says, “They provide excellent color match and with one to three coats required for full hiding, so many of these waterborne basecoats actually use less paint to cover the same area.” 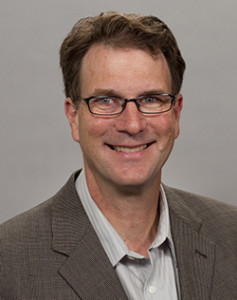 Tim Jones, waterborne product manager for PPG, says that long before collision repair centers in North America had begun to hear about waterborne paint, PPG was already immersed in it.

“PPG’s waterborne brands – Envirobase High Performance and Aquabase Plus – not only meet the demands of today’s high-production collision repair centers, the benefit of these systems for consistent color match and alignment to the color tools will give every shop the confidence it needs to be productive, regardless of the challenges it may face.” 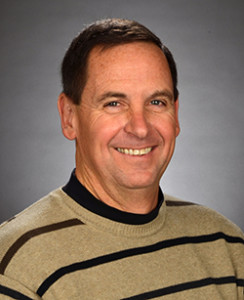 Mike Carroll, new products introduction manager for BASF, reports that BASF continues its leadership position in waterborne coatings in both OEM and refinish markets. He says BASF refinish has added incremental improvements to its successful waterborne products: its Glasurit 90 Line and R-M ONYX,”

“When released,” says Carroll, “90 Line was a wet-on-wet application, meaning that coats were applied one after the next until coverage was achieved. Over the next 10 years, customer feedback and experience led to changing this recommendation to a more common spray technique – spray, flash until matte and repeat until hiding has been achieved. This proved to make blending and training much easier since it is more intuitive and generally quicker. When released in 1990, 90 Line used water reducible, high solids solventborne bases. This has proven to ease shipping and handling issues in cold climates, making for easier conversions from a distribution and end customer aspect.

“R-M ONYX recently released a compliant solventborne addition to ONYX focusing on and combining quality and productivity in all climate conditions. The mixing ratios, undercoats and clearcoats have remained generally unchanged.

What do shops need to do to convert from solventborne paint to waterborne paint? Carroll says, “Modern spray booths will generally move sufficient air to dry BASF waterborne paints. Enhanced airflow through use of fans, venturi units or more expensive variable drive airflow motors will speed the cure times of waterborne basecoat and increase throughput. The main idea is to get the water out of the basecoat and into the air – no different than getting solvent out of the solventborne basecoats. Any method to improve the efficiency of getting the water out of the basecoat can enhance productivity. During humid conditions, spraying front fascias can be problematic because of the numerous angles and recessed areas. Adding increased airflow or raising the ambient booth temperature for a short period of time can enhance productivity.”

Help for the undecided

What Collision Repair Facilities Think Of

What percent of collision repair facilities in the United States have switched over to waterborne paint? No one seems to know for sure, but one shop owner says he would guess that in states that haven’t mandated their use yet, around 25 percent to 30 percent of shops are using waterborne paint.

To make the switch, the investment in new equipment can be minimal or it can be costly, depending on where your facility is located. Waterborne paint dries fast in a state like Arizona where it’s hot and dry. But if a shop is in, say Houston, where it’s often really humid, that’s a different story. You have to ensure good airflow. If your shop is in a humid area, you probably will have to invest in dryers and fans and maybe even a special paint booth. You’ll need a stainless steel paint gun, to avoid rust, for waterborne paint. And you’ll need a separate paint gun and gun cleaner equipment for refinishing with solvent-based coatings.

There are advantages – and disadvantages – to using waterborne paint, say users of the product. AutoInc. figures no one is better qualified to discuss that topic than ASA members who paint day in and day out.

Following is what some ASA-member shops say about waterborne paint: 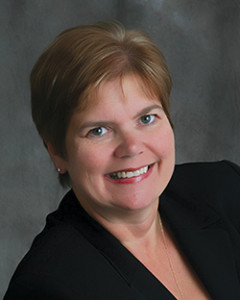 Geralynn Kottschade, AAM, who with her husband owns Jerry’s Body Shop in Mankato, Minn., says they refinish all cars with waterborne paint. However, they still use solvent-based coatings in primers, sealers and clearcoat.

She says her shop likes waterborne paint because it’s easy to work with. “We have found that there’s no flash time between coats, so you can go into the booth and paint all your panels and blends in one operation,” says Kottschade. “Also, laying blender on panels makes for more seamless blends and the odor is 100 percent better than solvent.”

Among disadvantages, according to Kottschade, is that “it’s hard to keep wet in low humidity times and hard to dry in high-humidity times, and over- and under-application can cause problems.”

She thinks waterborne paint has improved in the three years they have been using it.

He says his collision repair facility is pleased with waterborne paints. “They are less toxic and provide better coverage and color match,” he says. “The only disadvantage is it does take slightly longer for flash times between coats.”

McKenzie says his facility has noticed that besides the major reduction in paint fumes and greater ease of cleanup that the other big advantage is that there is absolutely no issue with refinishing over a previously refinished vehicle. “In the past,” says McKenzie, “when we would paint with solvent over a previously refinished vehicle, there would almost always be issues with the paints ‘attacking” each other – causing dye back, lifting delamination and other similar issues. Those issues don’t occur with waterborne paint.” 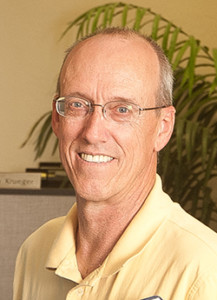 Bob Schubert, owner of Impact Auto Body in Mesa, Ariz., says his facility has been using waterborne paint about five years. “All of our basecoats are waterborne, but the clearcoat, primers and sealers are still solvent-based products,” says Schubert.

“To the best of my knowledge,” he says, “Virtually all new vehicles are sprayed with water-based paint. However, I believe that in collision repair facilities, the majority of refinish work is still with solvent-based products. A lot depends on a facility’s location. The climate in Arizona is very dry and it makes sense that the switch to water is much easier here than it would be in an area with high humidity.

Is he pleased with waterborne paint? “It would be hard to be more pleased than we are with the waterborne paint we use,” says Schubert. “We were expecting it to take several months to get comfortable with it, but after a week our painter felt very confident using it. Color matches are much better than with solvent, it takes less coats to cover, and our overall paint bill has gone down. We feared our spray booths would need expensive conversions but that turned out to be completely unnecessary. The product is fast drying and just some hand-held dryers was all we needed to purchase.”

Schubert says that locally, more collision repair facilities are seeing the advantages of waterborne paint and are converting to it.

In short, AutoInc. finds that waterborne paint represents a technology that is evolving and improving. And, it’s in wider use and better accepted than ever by collision repair facilities. More and more shops are turning to it. – L.J.