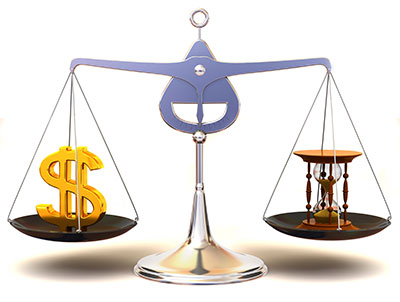 What the increase in the salary test means for the automotive service industry.

Two years after the president directed the Department of Labor (DOL) to change the minimum salary for exemption as a “white collar” worker, and over a year after the actual Notice of Proposed Rulemaking was published, DOL finally announced the new minimum salary for exemption will increase from $455 a week to $913 a week, effective Dec. 1, 2016. To the surprise of many observers, the duties tests were not affected.

The federal wage-and-hour law, the Fair Labor Standards Act (FLSA) of 1938 (29 U.S.C. 201, et seq.), requires covered employers to pay their employees a minimum wage, currently $7.25 per hour, and overtime at time-and-a-half for hours worked over 40 in a workweek.

There are a number of exceptions to these rules, however. Such exceptions are called “exemptions.” The most prominent exemption is for so-called “white collar” workers. This is a complete minimum wage and overtime exemption for bona-fide executive, administrative and professional employees and outside sales employees.

Neither titles alone, nor salary status alone, make employees exempt. There are certain “duties tests” for each of these categories of worker. For instance, executives must have management as their primary duty, must supervise at least two full-time employees or the equivalent and must have the power to hire and fire or recommend hiring, firing or other change of status. Regardless of title or written job description, the duties of employees must correspond with the tests laid out in the controlling regulation (29 CFR 541). These duties tests were unaffected by the recent changes.

Almost all of the workers considered for this exemption must also be paid on a salary basis (the exceptions to the salary basis of payment test are outside sales persons, as well as doctors, lawyers and teachers. Also, certain computer professionals can be exempt if they meet the appropriate duties tests and are paid hourly at a rate of at least $27.63 an hour.)

Since 2004, the minimum salary for exemption has been $455 per week. Effective Dec. 1, 2016, this test jumps immediately to $913 per week or $47,476 per year. Surprisingly, there is no gradual implementation; on Dec. 1, the salary required for exemption more than doubles.

Moreover, automatic changes are built into the regulation. Every three years, beginning Jan. 1, 2020, the salary test will be updated to equal the 40th percentile for full-time salaried workers in the lowest-wage census region. DOL will post the new salary levels 150 days prior to their effective date, with the first revision due on Aug. 1, 2019.

There is also an upper-level test for “highly compensated” employees (HCE). At this salary level, the duties tests standards for exemption are greatly relaxed. The current highly compensated level is $100,000. This will go up to the 90th percentile. And on Dec. 1, this figure will be $134,004 per year ($2,577 per week).

There are a few concepts in the new rule that have never before been part of the regulations. The automatic increase in the salary tests is one such provision. In addition, says DOL, “up to 10 percent of the salary threshold for non-HCE employees … [can] be met by nondiscretionary bonuses, incentive pay or commissions, provided these payments are made on at least a quarterly basis.” 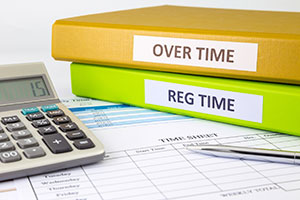 How to prepare for the increases?

Employers should consider the following:
$ look at all the employees whom they currently classify as exempt, and identify those who make less than $913 per week, and those who make between $100,000 and $134,004 per year. 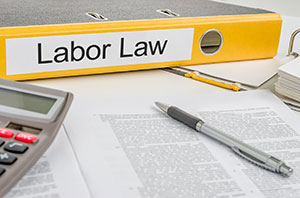 $ for employees who are close to $913 per week, the simplest approach is to raise their salaries to $913.
$ for employees making substantially less than $913, the options are:
■ continue paying on a salary basis, but start keeping records of their hours worked and paying them overtime. For currently salaried employees who don’t work much overtime, this is probably the easiest and least-disruptive approach.
■ convert them to hourly, record their hours and pay overtime. To do this, employers need not divide current salaries by 40. Rather, employers can project how much overtime the employees are likely to work and set the hourly rate so that if the employees work the projected hours, they will earn close to what they were making while on salary.
(Note: This is a one-time or at least a very infrequent adjustment. Employers who adjust hourly rates every pay period to make the employees’ grosses come out to a set amount are in violation).
■ manage/distribute the workload better. In a small shop, for instance, managers may work 50, 60, even 70 hours per week and more. Employers may have to reallocate hours, and even hire additional hourly workers.
■ HCE’s considerations are similar, but keep in mind that the HCE level is primarily intended to exempt employees who are well paid but whose exempt duties are somewhat marginal. HCE’s who clearly meet the duties tests need not be changed.
■ HCE’s making close to $134,004 per year, whose duties test compliance is marginal, can get raises.
■ HCE’s making a lot less than $134,004, and whose duties tests compliance is marginal, may need to be reclassified nonexempt or their duties changed to clearly meet the regulatory requirements.

An opportunity to review all exempt classifications

Because many employers are going to have to make some changes anyway, this is a good time to review all exempt classifications in the company and identify any employees who shouldn’t have been classified as exempt in the first place.