California state Sen. Bill Monning has introduced Senate Bill 994, the Consumer Vehicle Information Choice and Control Act. The California Senate Legislative Counsel describes the legislation as follows: “The bill would require a manufacturer of any new motor vehicle sold or leased in this state on or after Jan. 1, 2016, that generates or collects vehicle information, as defined, to make certain disclosures to the registered owner regarding the generation and collection of that information. 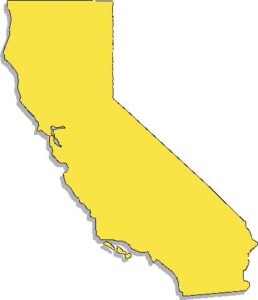 AAA of Northern California and the Automobile Club of Southern California are the proponents of the legislation. AAA argues that consumers “need basic safeguards so that we can control who has access to our information, just the same as we do now with our smart phones and computers.” AAA says that S.B. 994 will:

The automakers responded with a statement from the Alliance of Automobile Manufac­turers: “Cynically masquerading on behalf of consumers, the state’s largest insurance company has invented S.B. 994 as an effort to obtain consumer data for profit. AAA’s data grab is a dangerous gambit to gain access to motorist data to share across its 50 affiliates for commercial purposes. AAA would also be able to gain access to driving behavior relevant to their insurance policies. In doing so, S.B. 994 severely jeopardizes the security of data generated by an auto; thus posing a threat to motorist safety, privacy and the 21st century future of automotive connectivity as championed by the National Highway Transpor­tation Safety Adminis­tration. What consumers need is an automotive future where their data is secure and the network of connected autos is not threatened. We strongly urge the legislature to reject this backward-looking single company interest legislation.”

The legislation seems premature. Similar to the roots of Right to Repair legislation more than a decade ago, the bill sets out to correct a wrong that has not been discussed with all the stakeholders in the room in an effort to determine issues and possible solutions.

The automotive industry is clearly in the early stages of the telematics policy debate. ASA’s Mechanical Operations Com­mittee and board members have been discussing this issue for some time and believe that the industry is in the early stages of vehicle telematics policy. Pursuant to this, the Alliance of Automobile Manufacturers is hosting the inaugural OEM Telematics & Technology Forum during CARS in Detroit this summer (see pages 4, 7). The CARS program will include panel discussions with OEM experts, and product and application demonstrations. In addition, connected vehicles are expected to be on-site to provide attendees with a hands-on experience.

“The OEM Telematics & Technology Forum at CARS will provide attendees with access to advanced technologies currently being deployed by automakers,” said Matthew Godlewski, vice president of the Alliance of Automobile Manufacturers. “A host of technologies will be on display, and OEM experts in the field will be on hand, including a panel discussion regarding telematics and future innovation in diagnostics and repair.”

“We are very excited to have the Alliance as the sponsor of the OEM Telematics & Technology Forum during CARS,” said Dan Risley, ASA executive director. “Automotive repairers will have a chance to hear about the latest OEM technologies and what we may see in the future as far as vehicle technology. Our ASA leadership has discussed the importance of more information and education on telematics and other top technology issues for some time. The OEM Telematics & Technology Forum is now a reality for our Detroit show.”

Legislation should be a last resort in the vehicle telematics policy debate. The industry is still recovering from a 14-year Right to Repair legislative battlefield. If legislation is necessary to protect small businesses and consumers, repairers want to make sure that the bill addresses the appropriate concerns. It is far too early to determine what if any issues exist for repairers in the telematics debate. It is evident that the automakers are still determining the extent of the role of telematics in vehicle technology.

ASA is hopeful that the upcoming CARS show in Detroit will help identify issues for independent repairers and begin the telematics policy debate with a fully informed constituency working with stakeholders to determine what works best for consumers and repairers. Legislation – whether state or federal – will always be an option. Repairers must first gather as much information as possible, then determine what issues impact our shops.