After California, the states/districts needing the most expensive car repairs were Connecticut, Colorado, District of Columbia & Utah. 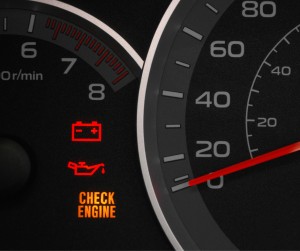 IRVINE, Calif. — CarMD.com Corporation has released its annual state ranking of check engine light-related car repair costs, which finds vehicle owners in California paid the most ($411) and Ohio the least ($342) to have it fixed during calendar year 2020.

Americans logged fewer miles and needed fewer car repairs in 2020 as pandemic-related shutdowns and essential travel guidance gripped most of the country.

Hawaii and Nevada, which were among the state economies hardest hit by coronavirus, saw the most dramatic drop in CarMD’s state ranking with Hawaii moving down 39 spots and Nevada dropping 25 spots.

Rounding out the five most affordable states for car repair after Ohio this past year were Maine, Wisconsin, Michigan and Indiana. After California, Connecticut, Colorado, District of Columbia and Utah were the states/districts needing the most expensive car repairs.

“Several factors contribute to a state’s average repair costs, including vehicle age and type, how difficult the repair is, required parts, how much time is needed to make the repair and what the repair shop charges per hour,” said David Rich, technical director, CarMD. “It makes sense that as people commuted less and took fewer road trips, there was less wear and tear on vehicles and fewer check engine light occurrences. As people get back on the road, now is a great time to catch up on vehicle inspections and car maintenance, which can reduce the likelihood of unexpected and costly car repairs.”

CarMD’s ranking of the five states/districts with the highest car repair costs in 2020:

CarMD’s ranking of the five states/districts with the lowest car repair costs in 2020:

Labor Costs: For the fifth consecutive year, Vermont had the lowest average labor cost ($125.95). This is not surprising since the most common cause of a check engine light on Vermont cars and trucks remains a loose or missing gas cap, accounting for 7.5% of repairs in Vermont. For the third year in a row, drivers in Mississippi paid the most on average for labor ($152.63), where the most common repair was to replace ignition coils and spark plugs. The type of repair, how long the repair will take, and whether you opt to do it yourself or have it repaired by a professional automotive technician, all factor into average labor costs for a car repair.

Parts Costs: In 2020, drivers in Connecticut paid the most on average for parts ($268.70), while drivers in Michigan, home to “Motor City,” paid the least for parts ($202.16). The most frequently recommended repair in Connecticut was to replace the catalytic converter. Catalytic converters are costly parts that contain precious metals; they do not typically fail unless maintenance and other repairs like as a faulty oxygen sensor or ignition coil are ignored, or a vehicle has high mileage. The most common repair in Michigan last year was to replace an oxygen sensor. The type of vehicle, type of repair and whether original equipment (OE) parts are used factor into average parts cost.

COVID Economy Impact: Several reports, including a Wallethub ranking and U.S. Bureau of Labor Statistics Jobs Reports, listed Hawaii and Nevada among the states hardest hit by Coronavirus shutdowns. CarMD ascertains that reduced mileage and commutes, fewer rideshare trips, competition among auto repair shops, and more time at home for DIY repairs – particularly in states hardest hit by shutdowns – impacted repair costs and rankings. Hawaii moved from no. 6 to no. 45, dropping from an average repair cost of $402.91 in 2019 to $356.54 in 2020. Nevada dropped from no. 15 to no. 40 with its average car repair cost dipping from $395.89 in 2019 to $364.59 last year.

Below is a complete ranking of U.S. states/districts in order of most to least expensive car repair costs in 2020: