Recycled Rides: In the Spirit of the Season

’Twas the season for giving. And ASA members across the nation were donating their time and money to ensure that needy people have transportation. 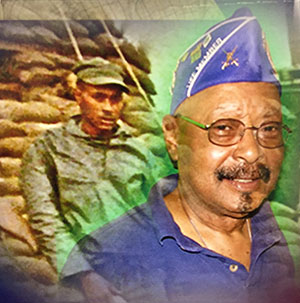 LaMettry’s Collision restored a 2012 Chevrolet Malibu as part of NABC’s Recycled Rides program. Photos show the recipient, Willie B. Pargo, in 1967 and today.

National Auto Body Council (NABC), of which many ASA Collision Division repairers are members. To honor their service to the country, more than 130 veterans across the United States each received a completely refurbished vehicle on Veterans Day as members of NABC teamed up with The Progressive Group of Insurance Companies for its third annual Keys to Progress car giveaway.

Service King Collision Centers, an ASA corporate member, collaborated with MetLife Insurance to donate a refurbished 2011 Hyundai Sonata to a Richardson, Texas, Bridges Domestic Violence Center client and her child. The vehicle’s donation was made as part of the two organizations’ continued partnership with NABC.

LaMettry’s Collision & Glass, another NABC member, operates eight auto body repair shops in the Minneapolis-St. Paul metropolitan area. It gave a fully restored vehicle to a U.S. Marine Corps veteran who earned the Purple Heart. The vehicle was donated by American Family Insurance and repaired by LaMettry’s Collision with the help of many local vendor partners. This is the sixth vehicle LaMettry’s has repaired and donated through the NABC Recycled Rides program.

NABC’s Recycled Rides program is collaboration between insurers, collision shops, paint suppliers and parts vendors to repair and donate vehicles to deserving individuals and community organizations across the country. For 20 years, NABC and its members have projected a positive image for collision industry professionals. 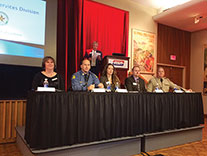 The forum was sponsored by ASA, ASA-Midwest and the Missouri Alliance of Automotive Service Providers (AASP-MO).

“The challenge we face now is to educate consumers and policymakers about the value of safety inspections,” Molla told the attendees.

Stet Schanze, of Gray Manufacturing Co. in St. Joseph, Mo., has been elected chairman of the Automotive Lift Association.

Schanze succeeds Jerome Lentz, of Challenger Lifts in Louisville, Ky., who served three terms as chairman and has been a board member for more than 10 years. Automotive Lift Institute President R.W. “Bob” Gorman presented Lentz with a plaque honoring his longtime service. 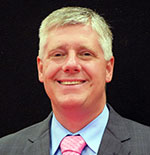 Service repair shops typically don’t have the ability to close down their operations for several days during the week without it adversely impacting their businesses. That’s where the Automotive Service Association (ASA) comes in.

ASA has announced a new initiative that will bring management and technical training to several regions in the United States in 2016 – on Fridays and Saturdays. ASA developed the regional training concept based on the demand of the marketplace and the needs of its members.

“We understand the value of their time,” says Tony Molla, ASA vice president. “But we also understand the need for ongoing training if shops are to remain viable and profitable.”
The first ASA regional training event will be held Feb. 26-27 at the Marriott Renaissance Orlando Airport Hotel, Orlando, Fla. The Friday training is designed for shop owners and managers, while the Saturday event will offer two technician-training classes plus one class for service advisers.

The Feb. 26 management training will be taught by Bob Greenwood, an Automotive Management Institute-approved instructor. Attendees will be able to earn credits toward their Accredited Automotive Manager (AAM) designation. The management training is $300 for members and $350 for nonmembers. The Feb. 27 technical training is $150 for members and $200 for nonmembers. Registration details are being finalized, so be sure to check the ASA website, ASAshop.org/regionalevents, for event updates.

Dan Risley, president of ASA, also announced that the Automotive Aftermarket Products Expo (AAPEX) and the Motor and Equipment Manufacturers Association (MEMA) will co-sponsor the events. 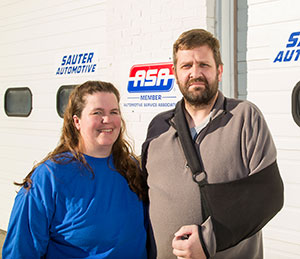 ‘Because It’s the Right Thing to Do’

Since Chris Sauter fell off a ladder, he has learned how valuable ASA membership can be. Sauter is a member of ASA’s Des Moines, Iowa, chapter. And fellow chapter members quickly came to his aid.

The Des Moines chapter, where Ron Haugen, AAM, is president, immediately put together a schedule of volunteer shops that could send over a tech to help out the injured shop owner. “We need to do this because it’s the right thing to do,” Haugen said.

The fall separated Sauter’s collarbone and tore some ligaments in his shoulder, making him unable to run his shop. That left Sauter’s wife, Beth, alone to run it with a part-time helper. But with the help of fellow members of the Des Moines chapter, Sauter Automotive in Carlisle, Iowa, has been able to keep its doors open.

“If it weren’t for the volunteers,” says Beth, “We would have had to close our shop. I can’t tell you how grateful we are. Everyone has been so nice and helpful.”

Sauter had surgery Oct. 27, 2015, and the doctor thinks he will be able to return to work by mid-January.

In addition, an ASA affiliate member, Rick Beller of Beller BG Distributing, offered to pay a tech to help out. And Danny Sanchez of Auto Shop Solutions, gave the Sauters a free one-year website.