Tom Piippo’s One Eye in the Mirror 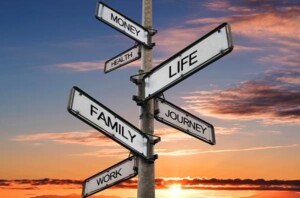 I ran across a story the other day that I feel I just have to share. This story may be 100 years old or more but is still relevant today. I would give credit to the author, if I knew who he was, just rest assured that I did not author these words.

There was a King who wanted to leave his legacy. He gathered the wisest individuals in his kingdom and assigned them the task of writing the wisdom of creating a successful life, so that it could be shared. After 2 years the study was completed, and the wisest of the wise presented to the King a ten-volume set of books that contained all the wisdom for creating a successful life.

The King had family members in the publishing and newspaper business, however, and promptly told the presenters that 10 volumes were too much. No one would ever take the time to read it, let alone implement the wisdom. And he ordered them to reduce and edit the knowledge to be more user friendly.

Two more years passed and the wisest of the wise returned this time with only 5 volumes. But again, the King said it was too much information, and sent them off to edit and reduce the 5 volumes.

Two more years passed when the wisest of the wise returned with just one very thick book. The wise were very happy with what they had achieved, reducing the original 10 volumes to just one. Undoubtedly, the King will reward our efforts very handsomely, they all thought. But the King was still unhappy with the results. The book was too heavy to carry and still took too long to read. There must be a simpler and shorter version of this success wisdom that could be easily provided to the subjects of his Kingdom. So, he sent the wisest of the wise back to work on simplifying the knowledge of success.

This process continued as the wisest of the wise returned again and again, only to hear the King say it was still too long.

Finally, after 10 more years of work, the wisest of the wise reduced the wisdom of success down to one sentence, which they presented to the King. And when he read it, he smiled and said, “That’s right, spread this wisdom throughout the Kingdom.”

If you’ve heard this story before, you know what that one sentence is. It is not about being talented or being special. It was not about having access to the proper knowledge, the right mentor, or access to the right associates and people.

There are some fundamental business and life principles hidden in the story you just read. Did you find them?

First, the King knew what he wanted. Do you know what you want?

Second, the King knew who to ask to produce what he wanted.

Third, the King knew that everything could be improved. He wasn’t willing to accept good or better.

Forth, skillful work takes time, even if you are one of the wisest of the wise.

Lastly, it doesn’t matter if you are the wisest of the wise if no one understands or uses your idea, solution, or wisdom.

By now you want to know what the one sentence was that made the King smile. If you think it was “There is no such thing as a free lunch” you might be close. There is a lot of wisdom in that sentence, but the King rejected it for lack of clarity. He wanted the sentence to cover business and life’s fundamental wisdom and principles.

The sentence that made the King smile and say, ‘That’s right.” Was.

Those are the words of wisdom and understanding that every demographic and psychographic group should know if they don’t want to be thought of as unrealistic dreamers, losers and misfits.

And that is life!

Tom Piippo's One Eye in the Mirror: Trends & Facts from AAPEX & SEMA Shows