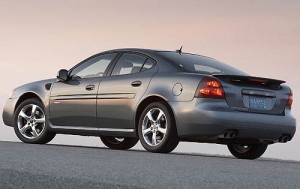 Problem: The customer reported that the ABS light was on. The brakes seemed to operate normally.

Details: Using his scan tool, the tech pulled DTC C0035 (Left-front wheel speed sensor circuit issue). First, he checked the left-front wheel speed sensor (WSS) resistance at the sensor. It was within specifications (800-1600 ohms). Next, he checked the WSS resistance at the ABS control module and the circuit was open. Moving to where the WSS wiring harness passed over the suspension, he found the problem. A previous repair had been made and was not done correctly.

This article first appeared on ALLDATA.com.

Confirmed Repair: The tech repaired the wiring by soldering the connection and using heat-shrink to protect the connection. He also installed a new plastic harness guide on the suspension to properly route the wires. The problem was permanently fixed!