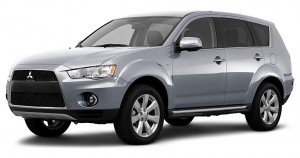 Problem: The vehicle came in because the MIL was on. The tech pulled a P0171 (Fuel System Too Lean – Bank 1) DTC.

This article first appeared on ALLDATA.com.

Details: First, the tech connected a scan tool and checked the long and short fuel trims. The sum of both equaled +30% at idle. The reading did not improve or change at any RPM. He checked for vacuum leaks and found none. Because the fuel trims were not worse at heavy load, he suspected that the fuel pressure and volume was correct but checked it anyway. The fuel pressure and volume was at specification at all engine speeds. Next, the tech checked the Mass Air Flow meter (MAF) PID and found it to be low (2.6 g/s at idle).

Confirmed Repair: When he removed the MAF to inspect it, he found a large bug inside it. He removed the bug, cleaned the MAF and fuel trims returned to normal. After clearing the DTC, the vehicle was fixed!

The Latest: Car recalls for July 2-9