Survey: Half of respondents say they avoided speeding tickets by giving an excuse 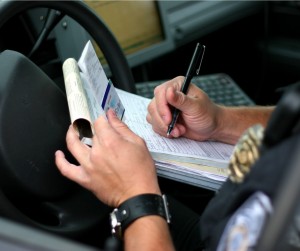 FOSTER CITY, Calif. — In a third annual survey of driver’s habits, CarInsurance.com finds the excuses that are most successful when stopped for exceeding the speed limit and explains why and by how much drivers speed.

Offering an excuse when pulled over for speeding can work, according to the report. Nearly 50 percent of survey respondents say they avoided a ticket by giving an excuse, which is about double the success rate reported in last year’s survey.

“Honesty seems to be on the rise in 2021,” said Les Masterson, managing editor for CarInsurance.com. “Only 12 percent of respondents lied when giving excuses this year, while nearly 33 percent of last year’s survey participants confessed to fibbing.”

When an excuse fails, it seems asking for a warning can still pay off, although not as much as in previous years. In 2021, 36 percent of those surveyed say they requested a warning, and nearly half of those were granted their request. By contrast, 48 precent of drivers asked for a warning and got out of tickets in 2019 and 2020.

If a ticket is issued after offering an excuse and/or asking for a warning, there is still hope: tickets can still be appealed. While only 28 percent took the trouble to appeal in 2021, many of them were successful in court:

Despite fees between $100 and above $700 to hire an attorney, 91 percent of those who retain an attorney to fight a ticket report feeling the cost is worth it.

CarInsurance.com shows that car insurance rates increase in a range between 22 percent and 30 percent on average after a speeding ticket. Rate increases vary by insurer, state and number of miles over the limit.

The research reviews differences between how often men versus women are pulled over for speeding and how requests for a warning vary by gender. Drivers are cautioned that receiving multiple speeding tickets over a three-year period can result in classification as a “high-risk driver.”