This new series of monthly articles focuses on what I address in my keynote speeches as The Single Greatest Determinant of Business Success. Throughout my career of nine CEO turnarounds and hundreds of other business “saves” … nothing else even comes close!

It’s something almost never talked about. Except here. Straightforward, real-world, battle-proven advice on how to optimize the prospects for your business. 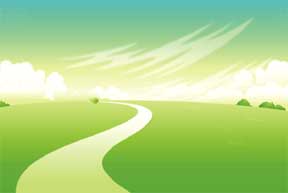 It’s the Job at the Top. If you’re wondering why your business isn’t better … just look in the mirror. Because what you’ll likely see is a sincere, committed and smart person. But someone who – just like nearly everyone else running businesses today – never learned, explicitly, how to do their job. On the basis of a fact set that’s been proven over time, and one that works.

You see, somehow we’re supposed to believe that two years of business school, where we take 26 courses that examine all the separate parts of a business, are supposed to teach us how to run one. Our only other path to mastery in the Job at the Top isn’t much better. It’s to work for others …. maybe for five, 10 or even 15 years … who most likely aren’t very good at it, and to figure it out that way!

For the remaining installments of this series, we’re not buying either one. Instead, we’ll follow a clear and steady course to build a solid understanding of how to excel as the head of a business organization, and of how to make that preoccupation one of the most satisfying aspects of your life … as well as for all those around you. Employees, customers, family members, friends and the communities you serve.

The truth is that “in concept” of being great in your Job at the Top is easier than you think. But translating that conceptual understanding into the reality of how you conduct yourself in your business isn’t. Because it requires unwinding many of the things you’ve imprinted upon, as apparent “truths” of leadership and management, and replacing them with a new set of foundational beliefs, understandings, habits and skills that run contrary to how you’ve been doing things … maybe for a long time.

Now for a teaser to get you looking forward to the first real new perspective on the rest of your career as a CEO, president, department head or team leader … Mastery in the Job at the Top is anchored in just two things: Your willingness and capacity to Think about your business in ways that no one else is expected or paid to think about it. And your willingness and capacity to demonstrate Character that inspires zealous followership.

Sounds easy, right? Well, it can be. But consistent performance in either role requires conscious attention and practice. Most people in Jobs at the Top spend 95 percent to 100 percent of their time doing other things. In fact, doing things that other people could and should be doing! And not consciously attending to thinking about the whole of their business and understanding the impact of their personal character on its being and on its outcomes.

Why is this? Because the guidelines, frameworks and pathways for getting good at it aren’t readily available. Because there’s very little conversation around us about how to do it well. And because practicing and improving aren’t part of the daily routines we’ve developed and find comfortable. And finally, because confronting the fact that we could, and ought to be, better at our jobs than we are requires real courage.

Getting good at running your company isn’t a burden … rather it’s joyous. An adventure. And once you’re on its path, can become one of the most natural and narcotic pastimes you’ll ever encounter.

So, my greatest hope looking out over the next 11 months? It’s that you’ll be looking forward to the upcoming parts of the trail as much as I am. And that we’ll be taking this journey together … to explore and to master The single greatest determinant of business success.