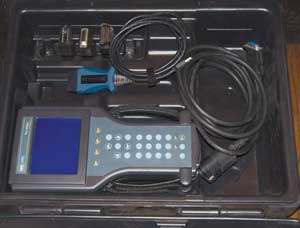 In the world of OEM scan tools it would be hard to think of any manufacturer who has made it easier for the independent repairer to have factory-level diagnostic capability than General Motors. GM has basically used three scan tool platforms in the past 30-plus years: Tech1/Tech1A, followed by the Tech2 and, most recently, the MDI/GDS2.

While each newer tool offers some legacy features, it is important to know that to have 100 percent complete GM coverage, you must own all three tools. Tech1/ Tech1A are the original GM scan tools with coverage going all the way back to the 1980s. A rather unimpressive platform, it did offer technicians the ability to pull codes, check limited data and, in the case of the Tech1A, even offer some very specific module programming ability in its late years of service. The Tech1 platform became “end of life” around the time the Tech2 was introduced, and has very little OBD-II model year coverage.

Introduced in 1995, the Tech2 has been the staple of GM diagnostics for almost two decades. Boasting greatly improved features over the Tech1/Tech1A such as more data parameter identification data (PID) being viewed at once, graphing and more bi-directional controls. It also introduced the ability to do a network check that allows you to ping all the modules on the system and see which are responsive and if they have any codes.

The Tech2 platform also opened up our ability to program and reprogram modules. In conjunction with a subscription to GM’s support site – http://www.acdelcotechconnect.com – a technician can update software, install new modules and even program keys by using the Tech2. A technician can go to GM’s Cal ID site – http://tis2web.service.gm.com/tis2web – at no cost and check to see if a calibration is the most current available for the module they are working on. The Tech2 offers vehicle coverage as far back as 1991 and clear up to most 2014 models when using the CANdi module; however, the Tech2 does not work on the new GM Global A databus. Tech2win software was introduced after the introduction of the current tool (MDI/GDS2) and is used on a PC to emulate the Tech2.

This software is designed to be a low-cost complementary tool to the Tech2, not a replacement for it. Tech2win offers almost all of the features the Tech2 has with a few small exceptions. For example, when programming remotely, as required by some modules, a Tech2 must be used (an issue I understand will never be fixed). The tool has the same accuracy as the real tool and can be purchased using a short-term subscription from GM in conjunction with the MDI interface as well as with a J2534 interface such as the DrewTech Mongoose GM Pro.
GDS2/MDI is the new Global A diagnostic tool for GM. This tool is a significant change from years past in that it is 100 percent PC-based. Utilizing the J2534 protocol with either the MDI interface or the correct Drewtech J2534 tool, a technician will have near-complete OEM capability on GM products.

Any shop looking to work on GM products at the top level would be well-served by investing in both a Tech2 and GDS2. Both tools will be essential for the foreseeable future.

This information and more can be found at ASA’s scan tool resource website: www.scantoolresource.com.