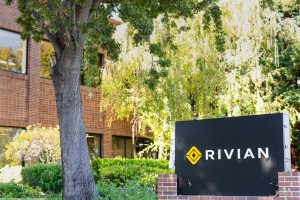 Rivian Automotive has a good shot at becoming a successful battery-powered vehicle maker. The 12-year-old firm has since February 2019 convinced credible investors including Ford Motor, BlackRock and T. Rowe Price to hand over $10.5 billion between them to help develop its all-electric pickup truck and SUV. And it has some revenue already in the bag, as another major backer, Amazon.com, will buy 100,000 of its vans. Now Chief Executive RJ Scaringe has filed confidentially for an initial public offering from the Securities and Exchange Commission. There’s just one snag: an eye-watering potential valuation of $80 billion.

That’s the figure being talked about in news reports. It’s just shy of three times the worth investors put on the company in its January funding round. It requires some of the same optimism that has pushed Elon Musk’s Tesla, another electric-vehicle specialist, to a market capitalization above $700 billion.

Rivian has yet to release any numbers publicly, but chances are it doesn’t make money. That’s the case for fellow upstart Lucid Motors, too, which just went public by merging with a blank-cheque company and has a market value of $34 billion. Run by former Tesla Chief Engineer Peter Rawlinson, Lucid trades at 2.4 times its own revenue estimate for 2025.

Apply the same multiple to Rivian, and it implies sales that year of $33 billion. That’s possible – just. Scaringe’s firm currently operates one factory with capacity to produce 300,000 vehicles a year and is scouting for a second to churn out perhaps another 200,000. At an average price of $75,000, just above what it’s currently charging for orders, at full capacity Rivian would bring in around $37 billion.

– From Reuters and BusinessWire