Report: More than half who drive after video chatting report trouble concentrating

Beware of the ‘Zoom Zombie!' Find out what are the best and worst states, cities, age groups & vehicle brands for ‘distracted driving’ compared to those that are ‘focused’ 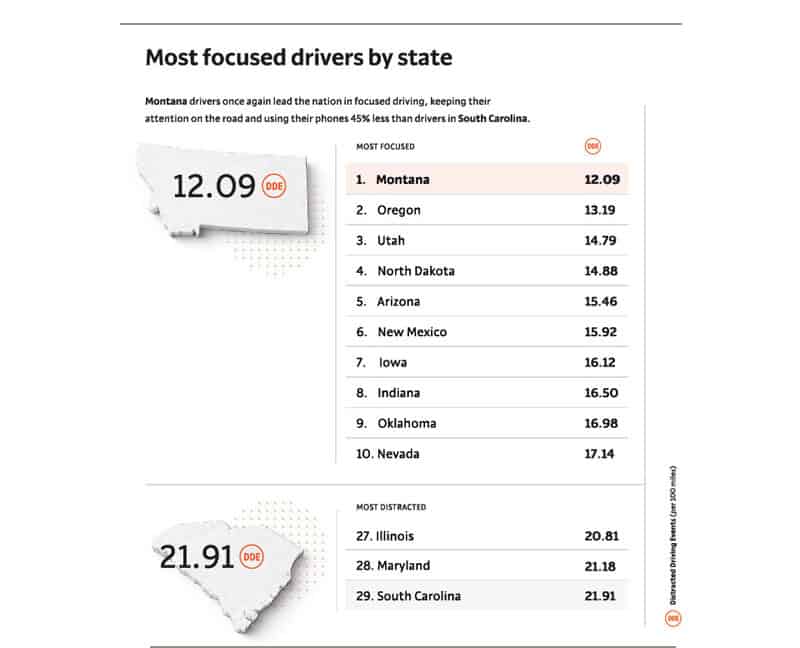 COLUMBUS, Ohio — COVID-19 is far from over, but the impact it has had on U.S. collective driving capabilities continues to show itself in meaningful, sometimes surprising ways.

According to a new analysis of more than 6.1 billion miles driven by drivers who completed Root Insurance’s test drive, the average U.S. driver used their phone once every 5.5 miles in 2020 (or 18 times every 100 miles).

Moreover, a national consumer survey of 1,819 American drivers shows that 54 percent of Americans who drive after video chatting report trouble concentrating. When work life became synonymous with home life, COVID-19 created new distractions and challenges for American drivers getting behind the wheel of a car.

When the world went virtual

A year ago, many of those who were suddenly cut off from friends and family began relying heavily on mobile devices to stay connected.

A majority of Americans (68 percent) report they more frequently use their phones to multitask, especially those identified as Gen Z (87 percent) and millennials (88 percent). That constant dependence on devices for connection extends to cars. Of those Americans who drive with a mobile device, 62 percent say the sound of a call or text makes them want to check their phones. With 64 percent of American drivers checking their phone while driving, what does that mean for U.S. roads?

“COVID-19 fundamentally changed the way we interact with our vehicles,” said Root Insurance founder and CEO Alex Timm. “As many abruptly shifted to a virtual environment, Americans’ reliance on technology dramatically increased along with their screen time, causing a majority of drivers to carry this distracted behavior into their vehicles.”

More alarming, many drivers are comfortable with this level of distraction. Nearly one-third (30 percent) of drivers believe they can be safe while using their mobile phone, up 6 percentage points from 2020 (24 percent).

So, what causes this disconnect with reality to make Americans feel they can drive safely while using their phones?

With vaccine rollouts steadily underway, Americans are ready to emerge from their homes and return to some semblance of normal life. But after a year of fending off COVID-19, many might forget or even ignore more commonplace threats such as distracted driving.

“Many Americans have honed their use of technology and their ability to multitask during the pandemic but living room skills do not translate behind the wheel,” says Timm. “As drivers return to the road, they should recognize the dangers of false confidence to protect themselves and their passengers.”

The new relationship many drivers have with their vehicles combined with increased reliance on our phones presents a potentially difficult road ahead. But it doesn’t have to be. Distracted driving is one area where better policy can make a real impact. States with strict enforcement laws related to handheld phone use and text messaging have significantly fewer incidences of distracted driving – with 75% of those states falling below the national baseline for distracted driving.