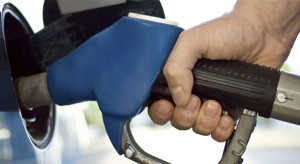 Feinstein and Padilla want the feds to make California’s auto standards the “absolute minimum” nationally — and, in a far heavier political lift, they want Biden to set a clear date for a national version of California’s halt on new gas car sales (something Biden’s campaign platform signaled he’d be open to).

That would be a decision with enormous political consequences and a readymade army of natural opponents.

Democratic Senators Alex Padilla and Dianne Feinstein called on Biden “to follow California’s lead and set a date by which all new cars and passenger trucks sold be zero-emission vehicles.” They also urged Biden to restore California’s authority to set clean car standards.

In September, California Governor Gavin Newsom signed an executive order directing the state’s air resources agency to require all new cars and passenger trucks sold in California to be zero-emission by 2035.

NEW YORK (CNN Business) – California’s two Senators are pushing the Biden Administration to set a date after which automakers would no longer be allowed to sell gasoline-powered cars anywhere in the United States.

The letter sent Monday by Sens. Diane Feinstein and Alex Padilla to President Joseph Biden urges him to “follow California’s lead and set a date by which all new cars and passenger trucks sold be zero-emission vehicles.”

California Gov. Gavin Newsom signed an executive order in September requiring that all new passenger cars and trucks sold in the state be zero-emission vehicles by 2035.