Blog: ‘How to buy new equipment & justify the price’ … or ROI

Return on Investment. Or, “How to buy new equipment and justify the price” is the long explanation of ROI. 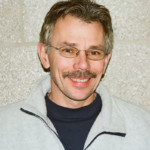 Through the years I’ve bought a lot of equipment. Some I’ve used a lot, others not so much. Let me try to help you sort this out from some of my challenges.

Back in the 80s, several manufacturers began releasing models with four-wheel steering. The trade publications seemed to pick up on this and began warning us of all the ‘new’ technology. There were articles written ad nauseam about the need for special equipment to align these four-wheel steerers.

Without the internet (do you remember “before internet?”), there was no real instant feedback from your peers on any subject, let alone anything that you had to spend hard earned dollars on. 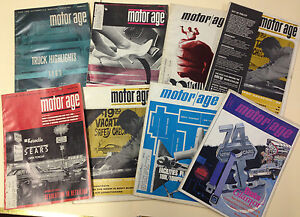 All we had to go by was articles in Motor Age, Motor Magazine, Under Car Service and the like… that, and print advertisements.

It seemed like everyone had their hand out for your money. No one to tell you what your ROI could really be.

When I opened my shop in the 70s, two pieces of equipment that I purchased were: A/C service equipment and a Hunter aligner. No one else in my area serviced A/C systems, so I thought I would get that corner of the market.

I paid no attention to the fact that very few people cared much about air-conditioned cars in Michigan’s Upper Peninsula in the mid-70s, but with a little newspaper marketing, I soon had them lining up at my door. 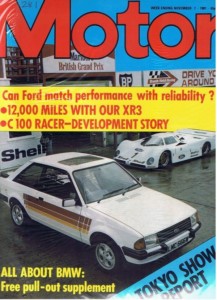 My Hunter aligner was a bare-bones model. With spirit bubbles and dials, we could set camber, caster and toe, and we made sure we did a good job. I probably lost money on every alignment I did because living in the rust belt, the adjusters were always seized. Being a young tech/ business owner, I usually didn’t charge or charge enough to free-up the adjusters to do a proper alignment.

BUT! Without alignment equipment, I couldn’t properly replace the money-making parts like ball joints, tie-rod ends, and (after they were invented) struts and springs!

When it comes to calculating the ROI on an aligner, you must look deeper than just the return on alignments. You must calculate all the sales on suspension/strut/ball joint, etc. sales. These sales are no-brainers. There’s no diagnosis with expensive scan tools and scopes. You don’t need an “A” tech to do these jobs. These jobs can be done with a minimum of special tools. Customers can immediately feel the improvements to their cars.

No more clunk and rattle.

No more wandering and pulling.

I took a pass on all that special alignment equipment for four-wheel steering back in the eighties. I just couldn’t see the ROI! General Motors tried it again in the early ‘aughts (Sierra/ Silverado 4-wheel steer).

It didn’t last long then either. 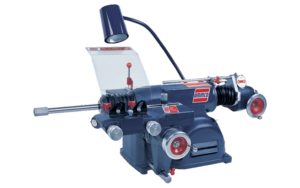 I have upgraded it with a multi-groove belt drive, and a Quick-Chuck. I bought the Quick Chuck from a trade show vendor in 1997. The Quick Chuck takes all the guess work out of setting up hub-less drums and rotors (nearly all of them today) for accurate cuts. ROI was met is short time!

Then I was told I needed an ‘on-the-car’ brake lathe. I demo-ed a few models before I settled on one brand. In hindsight, I should have saved my money. While not particularly difficult to set up, it does take some time to do, so the techs typically don’t do it. The lathe sits, unused for the most part, but it IS available for those tough to solve jobs. ROI not met. 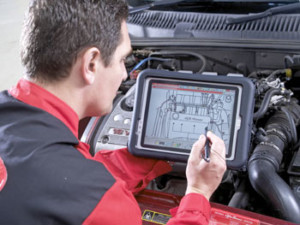 Scan tools! Books have been written on this subject. If you have never owned or ever used a scan tool, don’t be lured into the five-figure market of do-all scan tools.

There are lots of tools out there that do a respectable job on most systems of most cars for four figures or less. Heck, GM’s MDI 2 can be had for less than $10,000, and I think that Ford’s VCI 2 is similarly priced AND you get full factory scan and program abilities.

So, if you have a lot of customers in one particular car line, it will be well worth your while to investigate that company’s OE scanner. Several OE’s are now J2534 compatible, so if you have a decent J2534 interface tool (i.e. flasher) you only have to download the operating software and buy a short-term subscription to get dealer access, such as Toyota’s Tech Stream Lite. 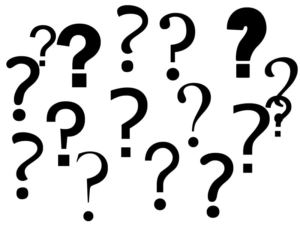 I can’t tell you what might or might not work for you because each market is different.

What works in Northern Michigan might not be a good investment in Phoenix AZ!

There are several sounding boards available on the web. Sort them out and make your own informed decision.

It’s your money, and it seems that everyone else wants a part of it. Spend it wisely.

My opinion is available at tompiippo@gmail.com.