Prepare a petition for candidacy. A petition includes the candidate’s name, shop name, address, telephone number and ASA member number.
Petitions must be completed as follows:

• A minimum of 250 signatures of ASA regular members in good standing are required per eligible candidate. Note: Only mechanical members may vote for the Mechanical Division director. Any member may vote for general director.

• Only one candidate can be designated per petition sheet.
• A petition sheet must include only one signature and the printed name of the member shop representative, as well as the member number, shop name, shop address and telephone number.
• Provided information must be as listed in the ASA database.
Return petitions with a letter stating how many signatures and petition sheets are enclosed. Petitions must be sent to the Automotive Service Association, 8209 Mid Cities Blvd., North Richland Hills, Texas 76182-4712, Attn: Elections. Petitions must be received no later than the close of business Dec. 31, 2015.
The names of all candidates (who have 250 verifiable member names and information) will be placed on the voting ballot. The new board of directors will assume office after the ASA annual business meeting, which will be held April 25-27, 2016, in Washington, D.C.
– Darrell Amberson, AAM, Nominating Committee chairman and
immediate past chairman of ASA 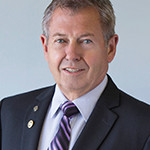 John Cochrane, who is up for re-election as general director, was appointed to the board of directors of the Automotive Service Association (ASA) following the annual
meeting of the board in April this year. He succeeded Bill Moss, AAM, who became secretary-treasurer of the board of directors. Cochrane is the owner and president of Cochrane Automotive in Toronto. For more than 40 years, Cochrane Automotive operated two independent divisions, a parts operation and an automotive service facility that were housed in two separate buildings on the same street. In April 2014, the Cochrane Automotive parts division was sold to a major North American parts distributor. Cochrane continues to operate the 11-bay, well-equipped shop that specializes in advanced high-tech electronics and computer diagnostics. He also owns and operates Cochrane Training Services, which opened in the early 1980s to retrain and update licensed automotive technicians in the latest technology and equipment to ensure they’re ready for the new, technologically advanced vehicles. Wearing both the parts and service hats for more 43 years gives Cochrane fi rst-hand, valuable knowledge and insight into the challenges automotive service repair facilities face today. The Canadian Automobile Association (CAA in Canada, equivalent to AAA in the United States) has named his shop “Shop of the Year” for 2015. In 2012, he was awarded the Queen Elizabeth II Diamond Jubilee Medal, given in recognition of his signifi cant contribution to the automotive aftermarket industry.

Cochrane also has been the recipient of the Automotive Industries Association (AIA) of Canada’s 2010 Distinguished Service Award, which recognized his outstanding leadership and personal contribution to the growth and development of Canada’s automotive aftermarket industry. It is the highest award presented by AIA of Canada to an outstanding individual within association membership. In his own words: “Running a parts operation, as well as a repair facility, has given me insight into the role the parts supplier must play to ensure the future survival of the automotive service provider. The automotive aftermarket has been very good to me and my family and employees for 43 years. To ensure the industry remains healthy, I want to continue to give back by being involved in ASA. I still have the same passion for the industry that I had the first day I started my business.” 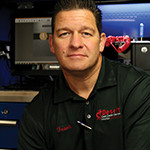 Frank Leutz is a candidate for general director for the board of directors of the Automotive Service Association. He is the owner of Desert Car Care of Chandler, Ariz. Leutz has been president of the Phoenix Chapter of ASA-Arizona, an affiliate of the Automotive Service Association, since 2012. He is also a member of the board of directors of ASA-Arizona.

In his own words: “As a result of my accomplishments and activities in leadership, my passion to cultivate a positive vision for ASA members is deeply ingrained. I believe big achievements are attainable for all members – through well-organized, clear goals taken with small steps. Because of my understanding of members and earnest communication, I believe I can bring an enthusiastic and encouraging outlook to the board of directors at ASA National. I can help translate vision into reality.” 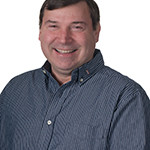 Robert M. “Bob” Wills, AAM, believes his experience as an ASA general director and service as a member of ASA’s executive committee give him the qualifi cations to continue serving ASA on the board of directors. He has served as a general director for four years on ASA’s board, as member of ASA’s Mechanical Division Operations Committee for six years and as a member of the Government Affairs Committee for four years and Wills also served as Mechanical Division director, chairman-elect, chairman, past chairman and regional director of ASA-Michigan. On the local level, he has served as president of the Kalamazoo/Battle Creek chapter of ASA. He continues to serve as chairman of the Calhoun County Career Center Automotive Advisory Council. In 2007, at ASA’s annual convention, Wills received the Alpha Award, which recognizes an ASA Mechanical Division member for his generous and far-reaching contributions to the automotive service industry. Wills has attended the Congress of Automotive Repair and Service (CARS) for the past 10 years. He also has attended five national conventions.

In his own words: “I am a person of dedication and commitment, a believer in our industry, and I want to continue supporting ASA as the leading organization for our industry. I maintain an open mind and always try to decide what’s the best direction to follow. My 43 years in the industry have prepared me for my leadership role.” 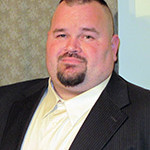 Peter V. “Pete” Rudloff is a regular contributor to AutoInc. magazine as author of “Show Me the Fix.” He also has served four years on the Operations Committee of ASA’s Mechanical Division. Rudloff, in “Show Me the Fix,” takes on the diagnostic dilemmas that have stumped other shops and wins. His team is the crew you turn to for fixing the problem cars that leave most scratching their heads. In addition to ASA, he is a member of iATN, Delaware Training Group and Delaware Automotive Service Professionals. He is the coordinator of the Delaware Training Group, served two years on the board of directors of the Delaware Automotive Service Providers, is part of the Cardone Industries Think Tank and has served on the advisory board for Tech Comp. Fifty percent of his technicians are ASE certifi ed, and 50 percent are ASE master certified. Rudloff is ASE master L1 certified. Rudloff has attended NACE | CARS the past four years. He also has attended ASA’s annual business meeting for the past four years.

In his own words: “Those who know me know I am ASA loyal, industry loyal and that I am always on the side of making the industry better. I serve on the Mechanical Division Operations Committee because ASA has fundamentally sound ethical philosophies that I feel closely match my own. I have always wanted to be part of making a difference, especially if it means raising the bar for the industry. In everything in which I’m involved, I bring those around me up to their greatest potential by challenging them to be better and to not accept the status quo. I have always had this trait and because of this, I feel I can impact the rest of the board, and in turn, the industry in a positive way.”