There’s a phrase you will hear in almost any auto repair shop that you will never hear at a software company: “We’ve always done it that way.” 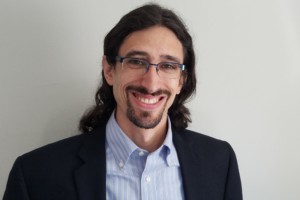 It’s one of the things that juxtapose the space I’m in right now compared to coming up in the family business.

It has been over a year since I left the family business.  While I love my family dearly, I don’t miss the gargantuan effort it took to alter business practices among resolute and traditional mindsets.  Most people who have worked in a family business will understand.

Working in software has let me view a sample of the industry and deeply broadened my perspectives.  In a conversation with one of my clients, they suggested “going from the shop to software, it must feel like you’re cruising at 30,000 feet looking out at everything.”  On a recent flight across the country with that image in mind, I came to the same conclusion.

‘We’ve always done it that way’

It’s why I wince whenever I hear a shop owner or technician say “we’ve always done it that way.” I realize it isn’t just used as an excuse to circumvent change.  Sometimes it’s a way of staking claim to our viability. Or maybe it’s a less certain mispronunciation of “we’re never going to die!”

However, the phrase manifests itself it is stubbornly prevalent in our industry precisely because so many shops have enjoyed great success over the years adapting to significant changes.

If software has taught me anything, it is that even in success, any business should ask, “what will kill us?”  What is right under our noses that we cannot see?

One eye-opening example of this was raised by my boss, Chris Cloutier.  In addition to the software, Cloutier co-owns Golden Rule Auto Care in Texas.  It occurred to him to ask Alexa who the best repair shop in the area was. Though Golden Rule was very strong with Google, Alexa didn’t even put Golden Rule on the list.  On search engines, Cloutier asks, “Guess who Alexa uses?  That’s right, Bing. And, so does Cortana, that friendly Windows assistant.”

They don’t type, they speak

Consider this.  My oldest son is 13 years old and will begin driver’s training in just over a year.  He rarely searches the internet using a keyboard. Neither do my daughters. They all use Alexa and simply speak.  This is true for a majority for their generation.

Much has already been discussed on the age of consolidation and rapid technological advancement.  People should also be aware that we are a few short years away from seeing 5G spread across the country and could see speeds up to 20x faster than 4G.  This will be unequivocal as a game changer at potentially every layer of our infrastructure.

The next technology wave

“Yes you will live for sometime,” says Cloutier, “but to catch up to the next technology wave will be massive… and crushing.”

Some points to consider: