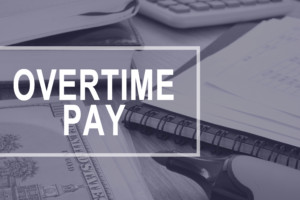 The U.S. Department of Labor has announced a “final rule” to make 1.3 million Americans eligible for overtime pay under the Fair Labor Standards Act.

The final rule, which updates overtime regulations, is set to go into effect Jan. 1, 2020.

“For the first time in over 15 years, America’s workers will have an update to overtime regulations that will put overtime pay into the pockets of more than a million working Americans,” Acting U.S. Secretary of Labor Patrick Pizzella said in a news release. “This rule brings a commonsense approach that offers consistency and certainty for employers as well as clarity and prosperity for American workers.”

(This article first appeared on TakingTheHill.com)