Fort Wayne, Ind.—Nearly 10 million cars and light trucks were not scrapped in the U.S. from 2016 through 2021 due to vehicle scrappage rates averaging one-fifth lower than during the previous 10 years, according to a recent report from Lang Marketing. Virtually all vehicles that avoided being scrapped were Internal Combustion Engine (ICE) cars and light trucks. 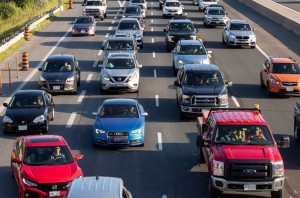 This reduction in scrappage has four significant consequences for the country’s vehicles in operation (VIO): the number of cars and light trucks on the road, the share of domestic and foreign nameplate vehicles, the growth of older automobiles, and the VIO domination by ICE vehicles, stated the study.

The following are key takeaways from the analysis.

Vehicle scrappage (the removal of vehicles from operation) in the U.S. has traditionally climbed when new car and light truck sales increase or the numbers of older vehicles expand.

However, annual scrappage rates for 2016 through 2021 fell, despite a growing population of older vehicles (12 years plus) and record-high new vehicle sales during 2016 through 2019.

Lower vehicle scrappage during 2016 through 2021 boosted the nation’s VIO by nearly 10 million cars and light trucks, vehicles that would have landed in the scrap yard had the scrappage rates not declined.

The 10 million cars and light trucks not scrapped accounted for more than half of the total VIO gain (approximately 18 million) during these years.

Domestic nameplate cars and light trucks have accounted for nearly three-quarters of all vehicles scrapped over the past 10 years.

This means that the domestic nameplate population was boosted by more than 7 million during this period, slowing the growth of foreign nameplates as a percentage of all cars and light trucks in operation despite their record-setting share of new vehicle sales.

Older cars and light trucks, particularly those over 15 years, represent a disproportionate share of vehicles scrapped. They are more likely than newer vehicles to be “totaled” in accidents (because of their diminished value) and less likely to be spared from being scrapped when expensive repairs are needed.

As a result, the below-average scrappage rates have been a major force driving the record growth of vehicles 15 years and older on U.S. roads.

More ICE Vehicles on the Road

Internal Combustion Engine (ICE) vehicles constituted virtually all of the nearly 10 million cars and light trucks not scrapped from 2016 through 2021.

As a result, ICE vehicles accounted for more than 99 percent of the 2021 VIO, a much larger share than if scrappage rates had remained high and the nearly 10 million ICE vehicles had been sent to be scrapped.

First, the expanding VIO and growth of older cars and light trucks are favorable for aftermarket product growth, particularly when annual miles face strong headwinds from the knock-on effects of COVID-19 and other factors.

Second, the impact of below-average scrappage on the foreign and domestic nameplate mix has consequences for the aftermarket in terms of where automotive parts are sold, where vehicles are serviced, and the brands of products used in vehicle repair and maintenance.

Third, the dominant ICE share of the VIO has significant aftermarket consequences ranging from the brands of repair products used to the total volume of aftermarket products and where parts and services are purchased.