More states are likely to follow California’s lead in banning the future sale of internal combustion engine vehicles as a means of accelerating demand for electric vehicles (EVs) and addressing climate change, according to NioCorp CEO and Executive Chairman Mark Smith. 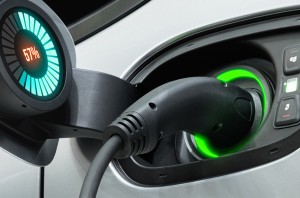 In a newsmaker interview this week, Smith noted that these and other government actions are also likely to increase demand for the critical minerals needed by EVs and other cleantech applications — including the critical minerals NioCorp plans to produce at its Elk Creek Project in Nebraska, once financing is obtained and the project is in commercial operation.

“Demand for EVs and hybrids is going to skyrocket as a result,” Smith told Stephen Gunnion of Proactive Investor. “Virginia looks like it will follow suit in not allowing the sale of internal combustion engines along the same timeline as California.”

Smith also addressed the impact of a new U.S. law tying the federal tax credit for EV purchases to minimum percentages of critical minerals used in the lithium-ion batteries that are made in the U.S. “There is no question that this will have an impact on producers of critical minerals in the U.S.,” he said. ‘It will drive a huge demand for critical and strategic minerals needed to make these EVs, which the government is now incentivizing. It is a huge development for NioCorp.”

Smith also noted that companies in the auto sector have increased their inquiries to NioCorp in terms of their interest in the critical minerals that NioCorp intends to produce, once the Elk Creek Project is financed and in commercial operation.