Every shop owner runs into ‘situations.’

How they handle them is important … do you agree with these fellow ASA members?

A customer brought in her Subaru, complaining that her headlights and taillights kept burning out. At the time the vehicle was brought in, all the lights were working properly and the charging system was within factory specifications. The only issue we could find was a corroded negative battery cable. We explained this to our customer, who then authorized us to replace the cable.

The next day the customer returned with the taillights not working. We did further testing and found the safety parking switch to be defective (it had tested OK the previous day). The switch was $400 new, so we offered a used switch for $20.

The customer was not happy, so we refunded the labor charges she had paid the previous day and she left without having the problem fixed. The next thing I know, she posts a negative Google review.

What could we have done differently? What should we do now? 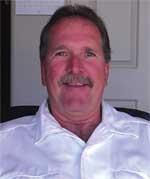 What Gary Chambers of Super Rupair did to resolve the problem – “This customer was a real pain, believe me. I had numerous phone conversations with her.

“We had also documented four or five other problems with her car, which she didn’t believe, so she took it to a friend’s mechanic. That mechanic didn’t find the problems we found, so she was angry and was going to leave her post on Yelp plus add to it.

“I asked her to take it to the Subaru dealer to verify what we found. She took it in and called me saying we were partly correct but lied about one item; our service adviser advised replacing the radiator because of a small crack. The dealer advised replacing the radiator because a seam had split open. The dealer was right (at least in her eyes) because my tech wrote down ‘radiator needs to be replaced because it’s leaking at a seam and the service adviser changed it to crack.’ You just can’t be too careful.

“I also called her on the phone and apologized and she stated that she would take the review down if I gave her all the money back except for the cost of the new battery cable, which I did.

“Sad to say, her bad review is still there. Some think I should sue her for defamation, I don’t.” 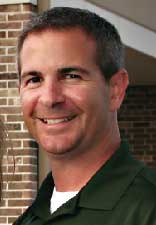 Corey Dillon, owner, Dillons Automotive, Katy, Texas – “You ask, ‘What could we have done differently?’ It generally goes back to communication in situations like this. The service adviser could have spent a little more time informing the customer that he does not know if the corroded cable is the source of her lighting problem since it’s an intermittent issue, but it is a problem that should be repaired for its own reason. Replace the cable and see if you can keep the vehicle overnight to continue testing. On the returning visit: If you ended up refunding the labor from the previous day it seems that it would have been cheaper to give her the $20 switch and everyone would walk away satisfied in one way or another.

“You also ask, ‘What should we do now?’ The only thing you can do is reply to her review and maybe contact her and explain how important every customer is to you and apologize for the lack of communication. Also, that you are implementing several mandatory steps to avoid situations like this in the future and do appreciate her bringing this to your attention. In addition, ask if there is anything you can do for her now and tell her you hope she will give you a chance to earn her trust again in the future.

“Finally, you ask, ‘What would you do?’ I would have installed the used switch at no charge and explained that if the problem returns then we will have to install a new switch and that would cost X, but for now the problem is repaired. I would then make it aware to everyone in the shop that better communication would have prevented this situation and stress how important it is to get as many details from the customer as you can, especially with ‘intermittent problems.” 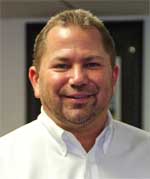 Ron Haugen, AAM, owner, Westside Auto Pros, Des Moines, Iowa – “The first thing I would do (what I always try to do) is put myself in the customer’s shoes. If that were me, how would I feel? In this case I would feel like the shop wasted my time, didn’t do a thorough enough job on the initial testing (even though this may have been an intermittent problem) and then tried to hit me up for more money to solve the problem.

“Intellectually, the customer may understand some problems are intermittent, that we are human beings and that sometimes we miss things and that the first solution may not be the right one.

“Emotionally, the customer doesn’t care about all of that. The customer feels like we failed to meet their expectations – on time, cost and trust. So the response has to address the customer’s emotional concerns first. In this case I would pick up the phone and call the customer directly. I would apologize without mitigation or hesitation. I would offer to fix the problem – including installing the new switch – at no cost. I would review all policies and testing procedures in the shop along with the communication process between service adviser and customer.

“And I would ask her if I could post her review on all of our social media platforms (especially Facebook) along with an explanation of what we did to make it right.

How T.J. Reilly, AAM, would handle the situation – This is an interesting situation. My first thought is to wonder if the service adviser spent enough time explaining to the customer the problems associated with fixing intermittent problems. Did the adviser explain to the customer that replacing the negative battery cable is the “first step” in the testing process and that they would need to return if the problem happened again?

If the adviser was not there when the customer picked up the car, there is no telling what another adviser or cashier might have said.

An adviser should always take an extra amount of time empathizing and explaining the nature of intermittent problems to a customer to prevent this from happening. This customer was clearly frustrated with the situation. Customer frustration is almost always a result of poor communication and lack of empathy.

In regard to the negative review, I would try to contact the customer to see if there is something I could do to make the situation right to his or her satisfaction, and ask the customer to remove the review, or to post a follow-up review stating how we went the extra mile. If 90 percent of your reviews are positive, then one bad review probably won’t hurt you. It’s always better to be proactive when it comes to reviews, as it can cost you thousands of dollars in lost revenue if you have too many bad ones.